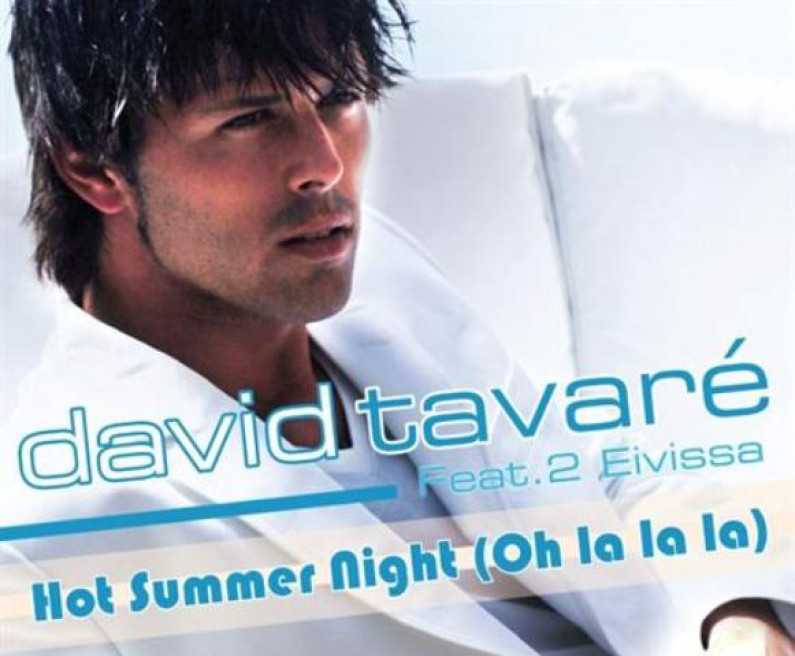 David Tavare was born on December 20, 1984 in Pollenca, Spain.He is the son of a legendary Spanish guitar player. Two of his uncles are English comedian Jim Tavaré and former England Test cricketer Chris Tavaré.

David was brought up on a holiday island and the Mediterranean way of life inspired him. David had always dreamed of being a singer but when he saw Operacion Triunfo, the Spanish version of Pop Idol on television, he knew: “This is what I want, I want to sing on a stage”. The finalist of the successful television show, David Bustamante, was his singing teacher.

“Hot Summer Night (Oh La La La)” was his second song, featuring 2 Eivissa, released first in July 2007 in Spain, where it was a top two hit, then twelve months later in France where it was so successful, becoming one of the summer hits.

David Tavaré released first studio album “La vida viene y va” in late 2008.The next single after “Hot Summer Night” is “Call Me Baby (If You Don’t Know My Name)”.

The music video has been released in November 2008. An unofficial remix of the song was released by DJ Party Slayer under the name “If You Don’t Know My Name” as the second single from his third studio album “I’m World War III”. It reached #1 on the “Party World Bubblegum Top 100 Singles Charts” and its promo video topped the “Party World Top 40 Videos”.