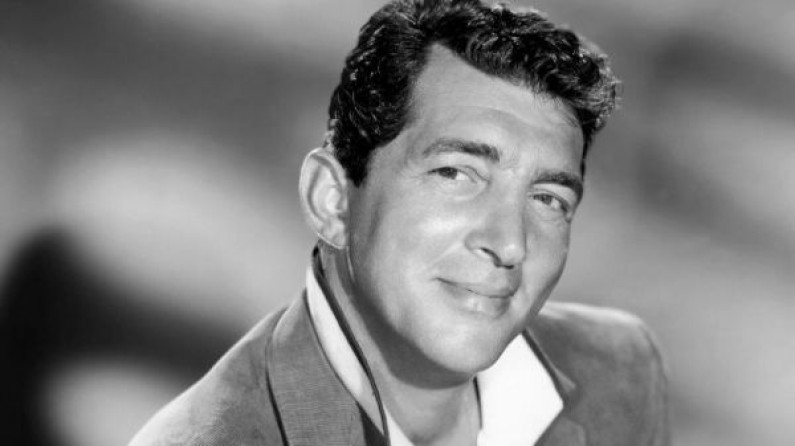 The team made its TV debut on the first broadcast of CBS-TV network’s Toast of the Town (later called The Ed Sullivan Show) on June 20, 1948 with Ed Sullivan and Rodgers and Hammerstein also appearing. A radio series began in 1949, the year Martin and Lewis signed with Paramount producer Hal B. Wallis as comedy relief for the movie My Friend Irma.

Their agent, Abby Greshler, negotiated one of Hollywood’s best deals: although they received only $75,000 between them for their films with Wallis, Martin and Lewis were free to do one outside film a year, which they would co-produce through their own York Productions. They also controlled their club, record, radio and television appearances, and through these they earned millions of dollars.

In Dean & Me, Lewis calls Martin one of the great comic geniuses of all time. But harsh comments from critics, as well as frustration with the similarity of Martin and Lewis movies, which producer Hal Wallis refused to change, led to Martin’s dissatisfaction.

He put less enthusiasm into the work, leading to escalating arguments with Lewis. Martin told his partner he was “nothing to me but a dollar sign”. The act broke up in 1956, 10 years to the day from the first teaming.

Martin’s first solo film, Ten Thousand Bedrooms (1957), was a box office failure. He was still popular as a singer, but with rock and roll to the fore, the era of the pop crooner was waning.

Never comfortable in films, Martin wanted to be a real actor. Though offered a fraction of his former salary to co-star in a war drama, The Young Lions (1958), his part would be with Marlon Brando and Montgomery Clift.

Tony Randall already had the part, but talent agency MCA realized that with this film, Martin would become a triple threat: they could make money from his work in night clubs, films and records. Martin replaced Randall and the film turned out to be the beginning of Martin’s comeback.

Martin starred alongside Frank Sinatra for the first time in an acclaimed Vincente Minnelli drama, Some Came Running (1958). By the mid-1960s, Martin was a movie, recording, television and nightclub star, while Lewis’ film career declined.

Martin was acclaimed as Dude in Rio Bravo (1959), directed by Howard Hawks and also starring John Wayne and singer Ricky Nelson. He would team again with Wayne in The Sons of Katie Elder (1965), cast as brothers.

In 1960, Martin was cast in the film version of the Judy Holliday stage musical comedy Bells Are Ringing and in 1963’s screen adaptation of an intense stage drama, Toys in the Attic, opposite Geraldine Page.

He won a Golden Globe nomination for his performance in the 1960 film comedy Who Was That Lady? but continued to seek dramatic roles, portraying a Southern politician in 1961’s Ada.

Martin played a satiric variation of his own womanizing persona as Las Vegas singer Dino in Billy Wilder’s comedy Kiss Me, Stupid (1964) with Kim Novak, and he poked fun at his image in films such as the Matt Helm spy spoofs of the 1960s, in which he was a co-producer. In the third Matt Helm film The Ambushers (1967), Helm, about to be executed, receives a last cigarette and tells the provider, “I’ll remember you from the great beyond,” continuing sotto voce, “somewhere around Steubenville, I hope.”

Martin was married three times. Subsequent to the divorce of his first wife, Elizabeth Anne “Betty” McDonald, Martin gained custody of their children; Betty lived out her life in quiet obscurity in San Francisco.

Her marriage made Martin the father-in-law of the Beach Boys’ Carl Wilson. Figure skater Dorothy Hamill and actress Olivia Hussey were his daughters-in-law during their marriages to Dean Paul Martin.

Later years and end of career

Martin returned to films briefly with appearances in the two star-laden yet panned The Cannonball Run movies. He also had a minor hit single with “Since I Met You Baby” and made his first music video, which appeared on MTV. The video was created by Martin’s youngest son, Ricci.

Later, a tour with Davis and Sinatra in 1988 sputtered. Martin, who responded best to a club audience, felt lost in the huge stadiums they were performing in at Sinatra’s insistence, and he was not interested in drinking until dawn after performances.

His final Vegas shows were at Bally’s Hotel in 1990. There he had his final reunion with Jerry Lewis on his 72nd birthday. Martin’s last two TV appearances involved tributes to his former Rat Pack members.

On December 8, 1989, he joined stars in Sammy Davis Jr’s 60th anniversary celebration, which aired a few weeks before Davis died from throat cancer. In December 1990, he congratulated Frank Sinatra on his 75th birthday special.

Martin was diagnosed with lung cancer at Cedars Sinai Medical Center in September 1993, and in early 1995 retired from public life.

He died of acute respiratory failure resulting from emphysema at his Beverly Hills home on Christmas morning 1995, at age 78. The lights of the Las Vegas Strip were dimmed in his honor. His tombstone features the epitaph “Everybody Loves Somebody Sometime”, the name of his signature song.

Martin is entombed at the Westwood Village Memorial Park Cemetery in Los Angeles.

In 1996, Ohio Route 7 through Steubenville, was rededicated as Dean Martin Boulevard. Road signs bearing an Al Hirschfeld caricature of Martin’s likeness designate the stretch with a historical marker bearing a small picture and brief biography in the Gazebo Park at Route 7 and North Fourth Street.

An annual Dean Martin Festival celebration is held in Steubenville. Impersonators, friends and family, and entertainers, many of Italian ancestry, appear.

In 2005, Clark County, Nevada, renamed a portion of Industrial Road as Dean Martin Drive. A similarly named street was dedicated in 2008 in Rancho Mirage, California.

Martin’s family was presented a gold record in 2004 for Dino: The Essential Dean Martin, his fastest-selling album, which also hit the iTunes Top 10. For the week ending December 23, 2006, the Dean Martin and Martina McBride duet of “Baby, It’s Cold Outside” reached No. 7 on the R&R AC chart. It also went to No. 36 on the R&R Country chart – the last time Martin had a song this high in the charts was in 1965, with the song “I Will,” which reached No. 10 on the Pop chart.

In February 2009, Martin was honored with a posthumous Grammy Lifetime Achievement Award. Four of his surviving children, Gail, Deana, Ricci and Gina were on hand to accept it on his behalf.

A number of Martin songs have been featured across popular culture for decades. Hits such as “Ain’t That a Kick in the Head”, “Sway”, “You’re Nobody Till Somebody Loves You”, “That’s Amore”, and Martin’s signature song “Everybody Loves Somebody” have been in films (such as the Oscar-winning Logorama, A Bronx Tale, Casino, Goodfellas, Payback, Mission: Impossible – Ghost Protocol, Sexy Beast, Moonstruck, Vegas Vacation and Return to Me), television series (such as American Dad!, Friends, The Sopranos, and House MD), video games (such as The Godfather: The Game, The Godfather II, Fallout: New Vegas and Mafia II), and fashion shows (such as the 2008 Victoria’s Secret Fashion Show).

Danny Gans portrayed Martin in the 1992 CBS miniseries Sinatra. Martin was portrayed by Joe Mantegna in the 1998 HBO movie about Sinatra and Martin titled The Rat Pack.

Mantegna was nominated for both an Emmy Award and a Golden Globe Award for the role. British actor Jeremy Northam portrayed the entertainer in the 2002 made-for-TV movie Martin and Lewis, alongside Will & Grace’s Sean Hayes as Jerry Lewis.

Martin is the subject of Dean Martin’s Wild Party and Dean Martin’s Vegas Shindig, a pair of video slot machines found in many casinos. The games feature songs sung by Martin during the bonus feature and the count-up of a player’s winnings.