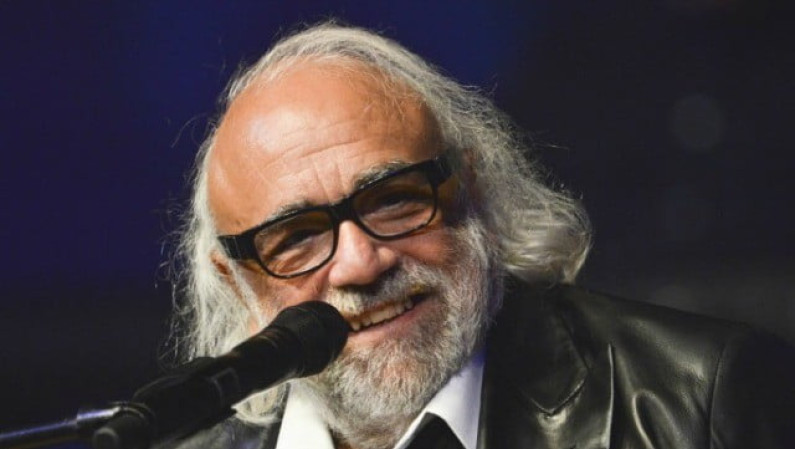 They set off for London to break into the international music scene but were turned back at Dover due to visa problems. They retreated to Paris where they decided to stay, signing a record deal there with Philips Records. Their first recording sessions were delayed by the general strike of May 1968 but later the same year the song “Rain and Tears” was issued across Europe.

Composed by Vangelis and the French lyricist Boris Bergman, the song featured Roussos’s unusual high tenor, The song was only a minor hit in Britain but was successful in many other countries.

Roussos’s operatic vocal style helped propel the band to international success, notably on their final album 666, based on passages from the Book of Revelation, which became a progressive rock cult classic.

After Aphrodite’s Child disbanded, Roussos continued to record sporadically with his former bandmate Vangelis. In 1970 the two released the film score album Sex Power (the album has also been credited to Aphrodite’s Child) and also recorded the 1977 album Magic together.

Their most successful collaboration was “Race to the End” (also sung in Spanish as “Tu Libertad”), a vocal adaptation of the musical theme from the Oscar winning film Chariots of Fire, while Roussos also guested on the soundtrack to Blade Runner (1982), with a song entitled “Tales of the Future”.