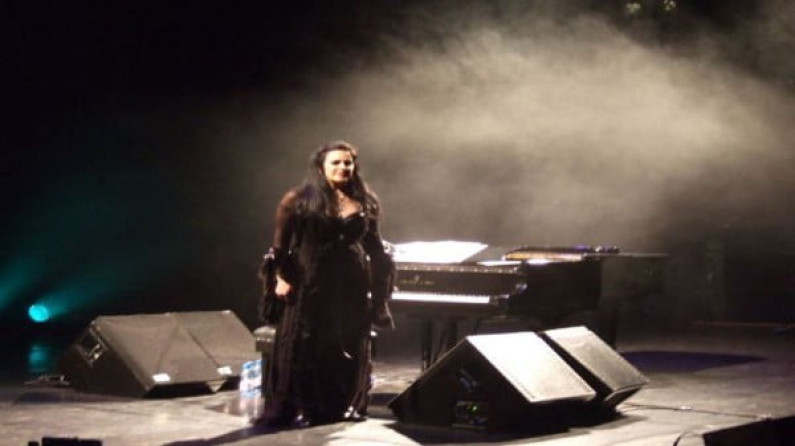 Galás has been described as “capable of the most unnerving vocal terror.” Her works largely concentrate on the topics of AIDS, mental illness, despair, injustice, condemnation, and loss of dignity.

She has worked with many avant-garde composers, including Iannis Xenakis, Vinko Globokar and John Zorn, and also collaborated with jazz musician Bobby Bradford, and John Paul Jones, former bassist of Led Zeppelin.

Diamanda Galás was born and raised in San Diego, California, to Greek Orthodox parents. She studied a wide range of musical forms, and played gigs in San Diego with her father, also a musician, performing Greek and Arabic music.

Galás began writing and performing on the subject of AIDS in 1984, while living in San Francisco. In 1988 she joined ACT UP, the AIDS activist group.

On December 10, 1989, Galás was arrested inside Saint Patrick’s Cathedral, as part of ACT UP’s Stop the Church demonstration, while protesting John Cardinal O’Connor’s opposition to AIDS education, and the distribution of condoms in public schools. She was one of 53 people arrested inside the cathedral.

In 1990 Galás performed at the Cathedral of Saint John the Divine in New York, the recording of which was released in 1991 as Plague Mass, in which she criticized the Roman Catholic Church for its indifference to AIDS.