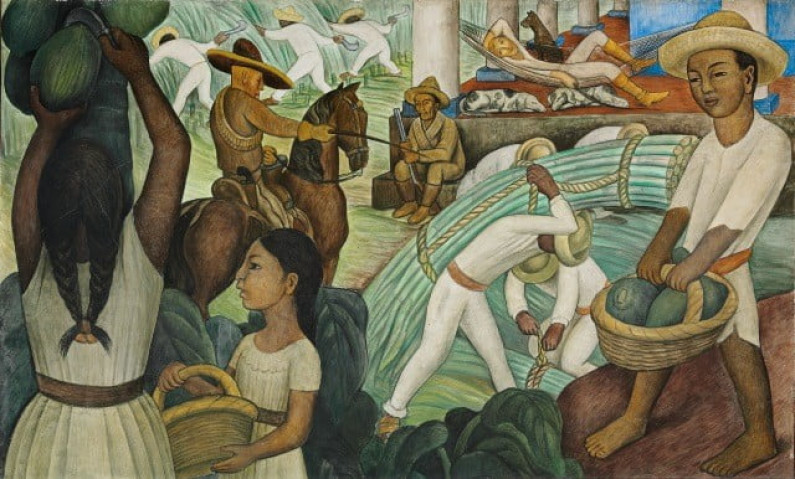 His large wall works in fresco helped establish the Mexican Mural Movement in Mexican art. Between 1922 and 1953, Rivera painted murals among others in Mexico City, Chapingo, Cuernavaca, San Francisco, Detroit, and New York City.In 1931, a retrospective exhibition of his works was held at the Museum of Modern Art in New York City.

Rivera was born in Guanajuato, Mexico, to a well-to-do family, the son of María del Pilar Barrientos and Diego Rivera Acosta.

Diego had a twin brother named Carlos, who died two years after they were born.Rivera was said to have Converso ancestry (having ancestors who were forced to convert from Judaism to Catholicism).

Speaking about himself, Rivera wrote in 1935: “My Jewishness is the dominant element in my life.”Rivera began drawing at the age of three, a year after his twin brother’s death. He had been caught drawing on the walls. His parents, rather than punishing him, installed chalkboards and canvas on the walls.

As an adult, he married Angelina Beloff in 1911, and she gave birth to a son, Diego (1916–1918). Maria Vorobieff-Stebelska gave birth to a daughter named Marika in 1918 or 1919 when Rivera was married to Angelina (according to House on the Bridge: Ten Turbulent Years with Diego Rivera and Angelina’s memoirs called Memorias).

He married his second wife, Guadalupe Marín, in June 1922, with whom he had two daughters: Ruth and Guadalupe. He was still married when he met art student Frida Kahlo.