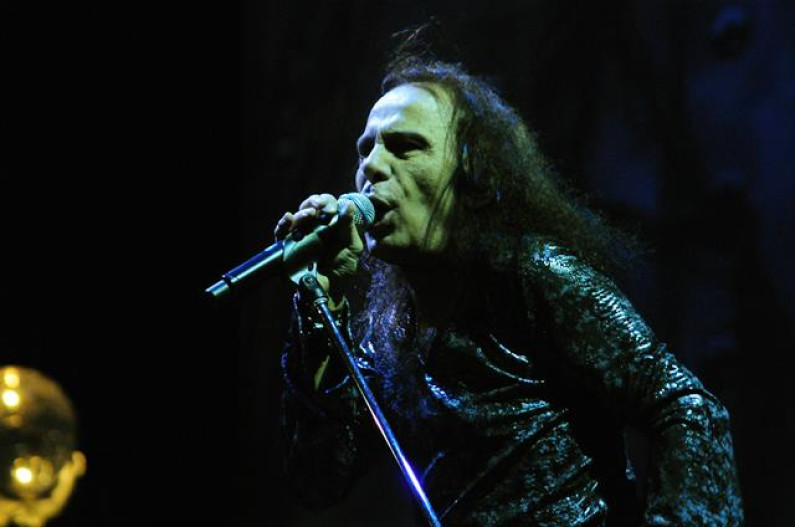 He is credited with popularizing the “metal horns” hand gesture in metal culture and is known for his medieval themed lyrics. Dio possessed a powerful versatile vocal range capable of singing both hard rock and lighter ballads; according to Rainbow/Deep Purple guitarist Ritchie Blackmore upon hearing him sing, “I felt shivers down my spine.”

Ronnie James Dio was born in Portsmouth, New Hampshire, to Italian-American parents who had moved to Portsmouth from Cortland, New York, where they had grown up, as part of Dio’s father’s service in the U.S. Army during World War II.

The family resided in Portsmouth for only a short time before returning to Cortland. Dio listened to a great deal of opera while growing up, and was influenced vocally by American tenor Mario Lanza. His first and only formal musical training began at age 5 learning to play the trumpet.

During high school, Dio played in the school band and was one of the youngest members selected to play in the school’s official Dance Band.

It was also during high school that Dio formed his first rock-n-roll group, the Vegas Kings (the name would soon change to Ronnie and the Rumblers, and then Ronnie and the Red Caps). Though Dio began his rock-n-roll career on trumpet, he quickly added bass guitar to his skillset once he assumed singing duties for the group.