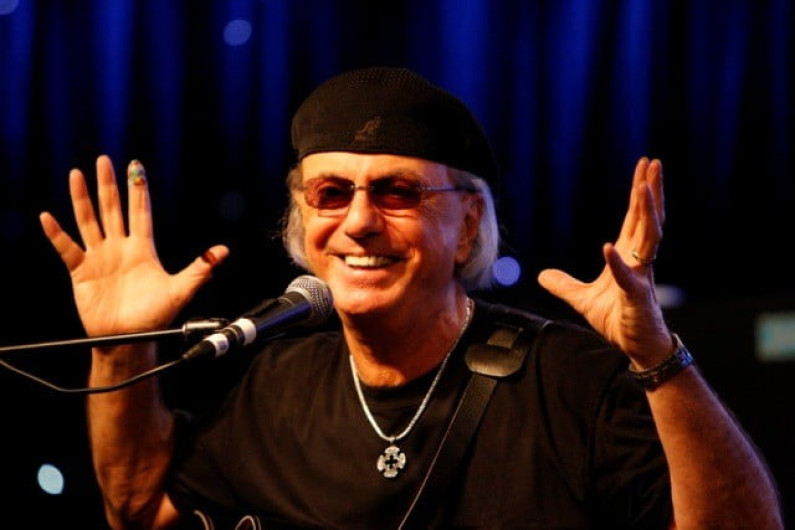 He was one of the most popular American rock and roll performers of the pre-British Invasion era. He had more than a dozen Top 40 hits in the late 1950s and early 60s. He is best remembered for the 1961 singles, “Runaround Sue” and “The Wanderer”, written with Ernie Maresca.

Dion’s popularity waned in the mid-1960s, perhaps due to the public’s changing taste in pop music, and perhaps in part due to personal difficulties he had during this period.

But toward the end of the decade, he shifted his style and produced songs with a more mature, contemplative feeling, such as “Abraham, Martin and John”.

Dion was inducted into the Rock & Roll Hall of Fame in 1989.

Dion was born to an Italian-American family in the Bronx, New York.

As a child, he accompanied his father, Pasquale DiMucci, a vaudeville entertainer, on tour, and developed a love of country music – particularly the work of Hank Williams.

He also developed a fondness for the blues and doo-wop musicians he heard performing in local bars and on the radio. His singing was honed on the street corners and local clubs of the Bronx, where he and other neighborhood singers created a cappella riffs.

In early 1957, he auditioned for Bob and Gene Schwartz, who had just formed Mohawk Records. They recorded Dion singing lead on a song which had been arranged by Hugo Montenegro and pre-recorded with everything but the lead vocals.

The backing vocals were by a group called “The Timberlanes”, whom Dion had never met.The resulting single, “The Chosen Few”, was released under the name, Dion and the Timberlanes, and became a minor regional hit.