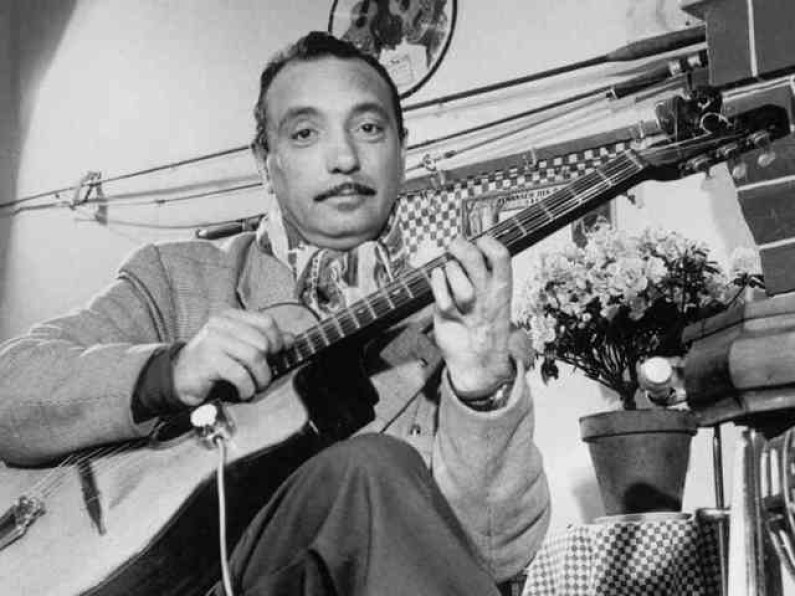 Reinhardt is regarded as one of the greatest guitar players of all time; he was the first important European jazz musician who made major contributions to the development of the guitar genre.

After his fourth and fifth fingers were paralyzed when he suffered burns in a fire, Reinhardt used only the index and middle finger of his left hand on his solos.

He created an entirely new style of jazz guitar technique (sometimes called ‘hot’ jazz guitar), which has since become a living musical tradition within French Gypsy culture. With violinist Stéphane Grappelli, Reinhardt co-founded the Quintette du Hot Club de France, described by critic Thom Jurek as “one of the most original bands in the history of recorded jazz”.

Jean “Django” Reinhardt was born 23 January 1910 in Liberchies, Pont-à-Celles, Belgium, into a French family of Manouche Romani descent. His father was named Jean Eugene Weiss, but used the alias “Jean-Baptiste Reinhard” on the birth certificate to hide from French military conscription.

Reinhardt spent most of his youth in Romani encampments close to Paris, where he started playing violin, banjo, and guitar. His family made cane furniture for a living, but its members included several keen amateur musicians.