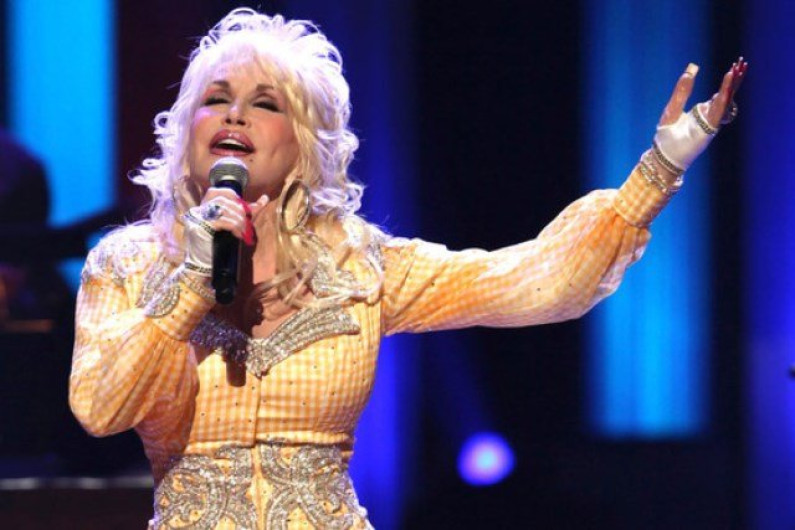 Her career began as a child performer on the Cas Walker radio show, then recording a few singles from the age of 13. Relocating to Nashville at age 18 in 1964, her first commercial successes were as a songwriter (her songs during this period were covered by numerous artists, including Bill Phillips and Kitty Wells).

She rose to prominence in 1967 as a featured performer on singer Porter Wagoner’s weekly syndicated TV program; their first duet single, a cover of Tom Paxton’s “The Last Thing on My Mind”, was a top-ten hit on the country singles chart and led to several successful albums before they ended their partnership in 1974.

Moving towards mainstream pop music, her 1977 single “Here You Come Again” was a success on both the country and pop charts.

A string of pop-country hits followed into the mid-1980s, the most successful being her 1980 hit “9 to 5” (from the film of the same name) and her 1983 duet with Kenny Rogers “Islands in the Stream”, both of which topped the U.S. pop and country singles charts.

A pair of albums recorded with Linda Ronstadt and Emmylou Harris were among her later successes. In the late 1990s, she returned to classic country/bluegrass with a series of acclaimed recordings.

Non-musical ventures include Dollywood, a theme park in Pigeon Forge in the Smoky Mountains of Tennessee, and her efforts on behalf of childhood literacy, particularly her Imagination Library, as well as Dolly Parton’s Dixie Stampede and Pirates Voyage Dinner & Show.