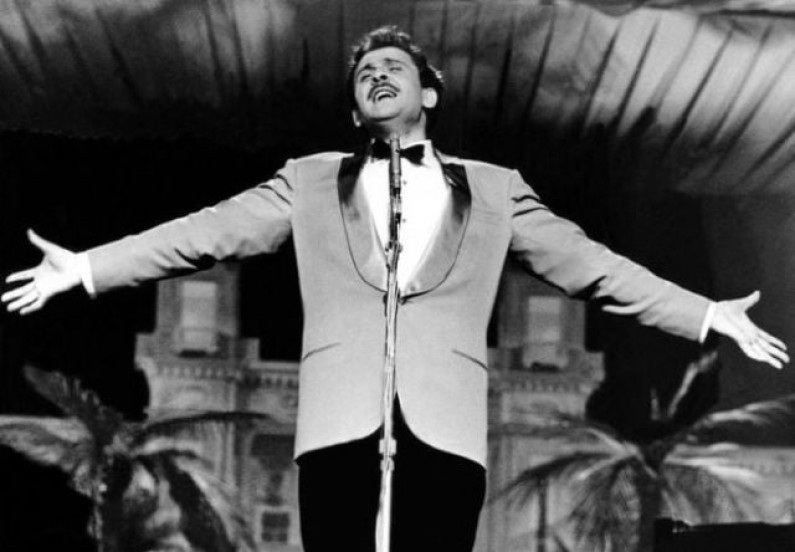 Domenico Modugno (Italian pronunciation: 9 January 1928 – 6 August 1994) was an Italian singer, songwriter, actor, guitarist, and later in life, a member of the Italian Parliament. He is known for his 1958 international hit song “Nel Blu Dipinto Di Blu (Volare)”. He is considered the first Italian cantautore.

While still studying, he had a role in a cinematographic version of Filumena Marturano by Eduardo De Filippo as well as some other films.In 1957, his song “Lazzarella,” sung by Aurelio Fierro, came second in the Festival della Canzone Napoletana, bringing him his first taste of popularity.

In 1958, Modugno took part in Antonio Aniante’s comedy La Rosa di Zolfo at the Festival della Prosa in Venice. Also in 1958, he discovered the Italian comedy duo of Franco Franchi and Ciccio Ingrassia, became their manager and got them into a long running film career.

The turning point of his career came in that year, when he also participated in the Sanremo Music Festival, presenting, together with Johnny Dorelli, the song “Nel Blu Dipinto Di Blu.

Co-authored by Modugno and Franco Migliacci, the song won the contest and became an enormous success worldwide, including the United States. It received two Grammy Awards with sales above 22 million copies, and represented Italy in the 1958 Eurovision Song Contest, where it came in third.

Modugno made a great deal of money for ‘Vol are” which enabled him to purchase a Ferrari, however, his car was totaled in an accident, which included his fenders being smashed. This was mentioned in the Alan Sherman song “That is why America’s a nice Italian Name”.

In 1959, Modugno won the San Remo Music Festival for the second time in a row, with “Piove” (also known as “Ciao, ciao bambina”), and received second place in 1960 with “Libero.”