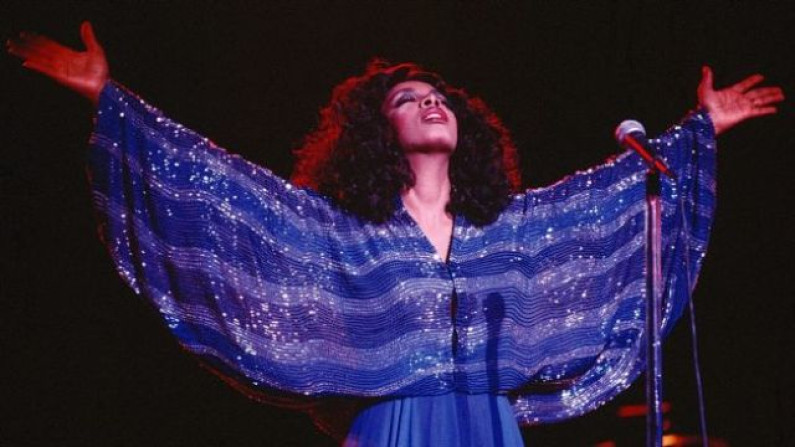 LaDonna Adrian Gaines (December 31, 1948 – May 17, 2012),known by her stage name Donna Summer, was an American singer, songwriter, and painter. She gained prominence during the disco era of the late-1970s.

A five-time Grammy Award winner, she was the first artist to have three consecutive double albums reach No. 1 on the United States Billboard album chart and charted four number-one singles in the U.S. within a 12-month period. Summer has reportedly sold over 140 million records, making her one of the world’s best-selling artists of all time.

While influenced by the counterculture of the 1960s, she became the front singer of a psychedelic rock band named Crow and moved to New York City. Joining a touring version of the musical Hair, she left New York and spent several years living, acting, and singing in Europe, where she met music producers, Giorgio Moroder and Pete Bellotte.

Summer returned to the U.S., in 1975 with commercial success of the song ‘Love to Love You Baby’, followed by a string of other hits, such as “I Feel Love”, “Last Dance”, “MacArthur Park”, “Heaven Knows”, “Hot Stuff”, “Bad Girls”, “Dim All the Lights”, “No More Tears (Enough Is Enough)” (duet with Barbra Streisand), and “On the Radio”. She became known as the “Queen of Disco”, while her music gained a global following.

Summer died on May 17, 2012, at her home in Naples, Florida.In her obituary in The Times, she was described as the “undisputed queen of the Seventies disco boom” who reached the status of “one of the world’s leading female singers.

“Moroder described Summer’s work with him on the song ‘I Feel Love’ as “really the start of electronic dance” music.In 2013, Summer was inducted into the Rock and Roll Hall of Fame.

While working as a model part-time and back up singer in Munich, she met German-based producers Giorgio Moroder and Pete Bellotte during a recording session for Three Dog Night at Musicland Studios. The trio forged a working partnership and Donna was signed to their “Oasis” label in 1974.