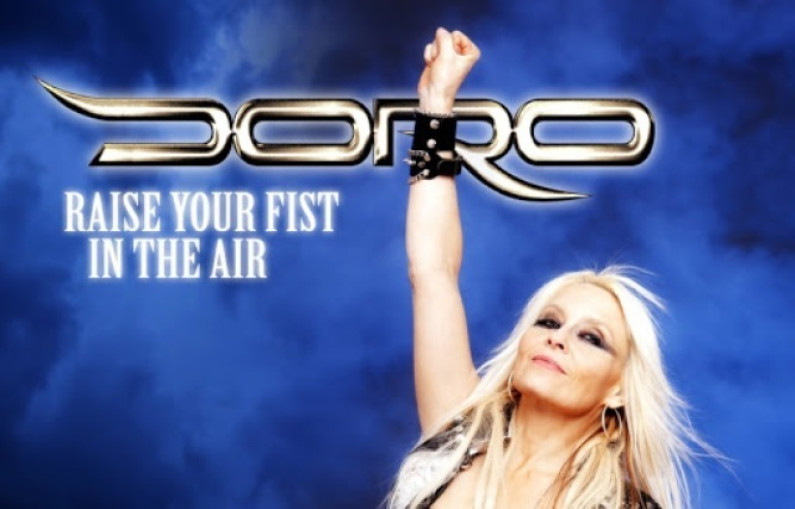 In 1980, she was accepted in her first band called Snakebite, which was playing rock music in a Düsseldorf basement used as rehearsal space by many other underground groups. The first recording with Doro on vocals was a cheap 7-track demo released by Snakebite for promotion. When Snakebite disbanded in 1981, Doro went on to sing for the garage bands Beast and Attack, before forming Warlock with Peter Szigeti, Rudy Graf, Thomas Studier, and Michael Eurich in 1982.

For a list of duets, see Doro Pesch discography § Duets.
Doro Pesch is well known in the metal scene for her many duets with both expert singers and new artists. The duets started to indulge the wish of the German singer to work with artists that she admired and that had influenced her.

She found the amicable availability of many musicians she had met in her career to contribute to her albums and live performances and, as an exchange of favors between singers, she appeared both in live shows and in studio albums of those same artists.

This happened, for example, with Udo Dirkschneider in the rock ballad “Dancing with an Angel”and with Twisted Sister on the song “White Christmas” on their album A Twisted Christmas of 2004.

Also new bands and artists requested Doro’s vocals to enhance their productions, usually with the same mechanism of reciprocity, like After Forever on the song “Who I Am”nd Tarja Turunen on the song “The Seer”. Both After Forever’s singer Floor Jansen and Turunen appeared also as guest singers in Doro’s albums and live shows.

The band Krypteria, which had opened for Doro in the tours of 2009 and 2010, obtained a duet with Ji-In Cho on their song “Victoria” in a similar way.

Frequent occasions for live duets happen during tours, such as the 2010 European tour with Motörhead, when Doro and Lemmy used to perform the band’s famous tunes like for instance “Killed by Death” and “Born to Raise Hell” or with Saxon in 2011 when performing Saxon’s song “Denim & Leather”.

More recently, Doro has contributed to the song “A Dream That Cannot Be” by Swedish melodic death metal band Amon Amarth, on their album Jomsviking, released in 2016

In the 1980s the presence of women in rock, and in particular in heavy metal bands, was usually considered by press and fans more for glamour and sexual exploitation than for the musicianship showed.

Doro Pesch was one of the few exceptions; her qualities as vocalist and songwriter in Warlock, her commitment in promoting their music and her avoidance of posturing as a sex symbol won the respect of a solid fan base in the expanding European metal scene of that period, ensuring a long string of favorable articles and covers on the principal European metal magazines.

In an interview in 2006 Doro remembered how “we lived in paradise and had not noticed it, (…) we thought at the time, that now it goes on and on and the success would continue automatically, (…) then came the great awakening”.

Warlock were starting to make a solid reputation in the US, when the taste of the audience for classic metal acts shifted in favor of grunge, leaving the singer’s mission to conquer the American market incomplete. On the contrary, in her home country fans and press remained always loyal and favorable to Doro, who received in her career five nominations for the German Echo music award, which she won in 1994 as Best National Female Artist.

Her frequent European tours in the 1990s maintained her visibility in the eyes of the fans and granted her enough income to survive the bleak period. She became so popular in Spain that she was voted for 13 times Best International Singer by the readers of the music magazine Heavy Rock in their annual polls.

She often declared to live and tour for the fans and said that she “would never cancel a tour and everybody knows that about me”. Lemmy, in a 2003 interview, testified how professional Doro is.

With the return of heavy metal in the charts worldwide and the diffusion on the internet of hundreds of webzines and fanzines dedicated to hard rock, Doro became again a star of the metal scene, highly requested all over the world and treated by the media as a revered veteranand inspiration for new female singers.

Her career and commitment are held in high esteem by the new generation of female heavy metal singers. As Floor Jansen of After Forever stated in a 2007 interview, to duet with Doro “was a huge honor and we chose her because she was a pioneer of the female fronted scene”. Doro herself was apparently aware early in her career to have the role “to give other women self-confidence” in the metal world, acting as a pioneer for female fans and musicians.

As further evidence of her influence on the heavy metal scene, in December 2008 Pure Steel Records released Tribute to Steel: A Tribute to Warlock, the first official tribute album to Warlock and Doro; the album includes contributions from bands like Custard, Crystal Viper, Sabaton and Lonewolf, paying homage to the songs of Doro’s first four albums with the participation of Warlock’s original members.