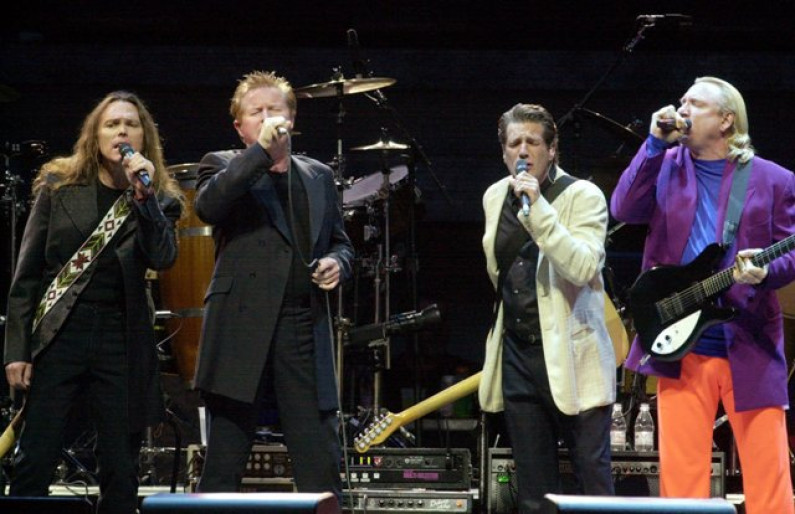 It was not until 1975’s One of These Nights that the Eagles became arguably America’s biggest band. The album included three top 10 singles: “One of These Nights”, “Lyin’ Eyes”, and “Take It to the Limit”, the first hitting the top of the charts.

They continued that success and hit their commercial peak in late 1976 with the release of Hotel California, which would go on to sell more than 16 million copies in the U.S. alone and more than 32 million copies worldwide.

The album yielded two number-one singles, “New Kid in Town” and “Hotel California”. They released their last studio album for nearly 28 years in 1979 with The Long Run, which spawned three top 10 singles: “Heartache Tonight”, “The Long Run”, and “I Can’t Tell You Why”, the lead single being another chart-topping hit.

The Eagles disbanded in July 1980 but reunited in 1994 for the album Hell Freezes Over, a mix of live and new studio tracks. They have toured intermittently since then and were inducted into the Rock and Roll Hall of Fame in 1998.