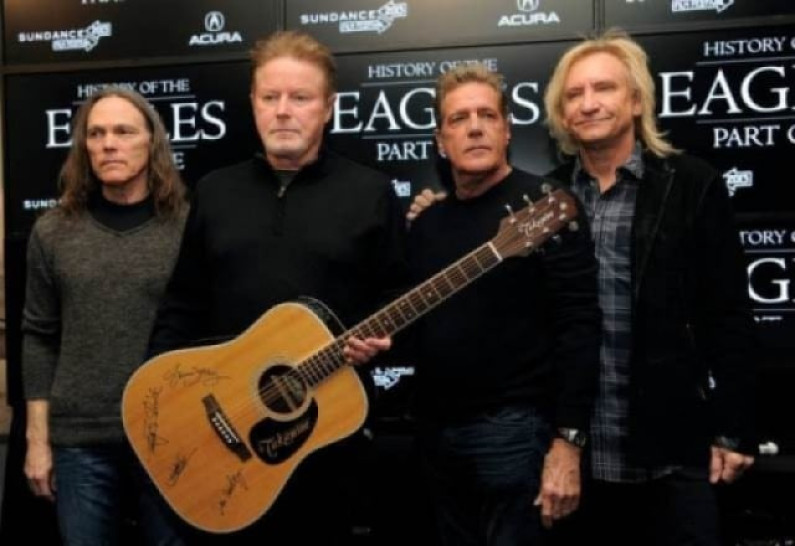 Eagles are an American rock band formed in Los Angeles in 1971 by Glenn Frey, Don Henley, Bernie Leadon, and Randy Meisner. With five number-one singles, six Grammy Awards, five American Music Awards, and six number one albums, the Eagles were one of the most successful musical acts of the 1970s.

At the end of the 20th century, two of their albums, Their Greatest Hits (1971–1975) and Hotel California, were ranked among the 20 best-selling albums in the United States according to the Recording Industry Association of America.

Hotel California is ranked 37th in Rolling Stone‍ ’​s list of “The 500 Greatest Albums of All Time” and the band was ranked number 75 on the magazine’s 2004 list of the 100 Greatest Artists of All Time.

“Their Greatest Hits (1971–1975)” was the best selling album of the 20th century in the U.S.They are the fifth-highest-selling music act and the highest-selling American band in U.S. history.

Their next album, Desperado (1973), was less successful than the first, only reaching number 41 on the charts; neither of its singles reached the top 40. However, the album contained two of the band’s most popular tracks: “Desperado” and “Tequila Sunrise”.

They released On the Border in 1974, adding guitarist Don Felder midway through the recording of the album. The album generated two top 40 singles: “Already Gone” and their first number one, “Best of My Love”.