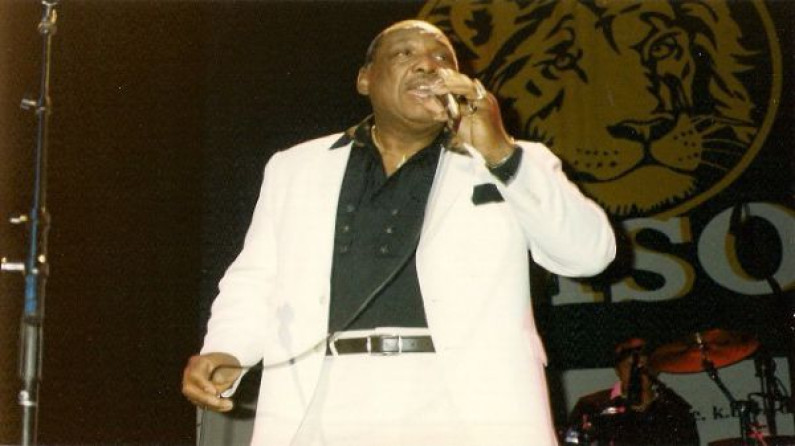 In the latter capacity he had minor success with “The Best of Luck to You” (1966) and “Hymn Number 5” (1973). Noted as the best R&B singer from Nashville, Gaines was also known for his lengthy career.

After moving from his hometown in his teenage years, and relocating to Nashville, Tennessee, Gaines found employment as both a singer and occasional drummer. Via work he did for local songwriter, Ted Jarrett, Gaines moved from singing in clubs to meeting Louis Brooks.

Brooks led the instrumental Hi-Toppers, who had a recording contract with the Excello label. Their subsequent joint recording, “It’s Love Baby (24 Hours a Day),” peaked at #2 on the US R&B chart in 1955. It was Gaines biggest hit, but his name was not credited on the record.

Breaking away from the confines of the group, Gaines became part of the 1955 R&B Caravan of Stars, with Bo Diddley, Big Joe Turner, and Etta James. Their tour culminated with an appearance at New York’s Carnegie Hall. Without any tangible success, Gaines recorded for the Champion and Poncello labels for another few years, as well as joining Bill Doggett’s band as lead vocalist.

In 1963, he joined Bill “Hoss” Allen’s repertoire of artists, and by 1966 had issued the album, The Best of Luck to You, seeing the title track reach the Top 40 in the US R&B chart. He appeared on the television program The !!!! Beat, and later released material for King and Sound Stage 7, including his cover version of “Hymn Number 5”.

In 1975, Gaines recorded “Drowning On Dry Land” for Ace, before leaving the music industry for almost a decade and a half, to work as a truck driver. He finally re-emerged in 1989 with the album House Party.

In the 1990s Gaines worked with Roscoe Shelton and Clifford Curry. On Appaloosa Records, Gaines issued I Believe in Your Love (1995), and in 1997 he reunited with Curry and Shelton for a collaborative live album.

He released Everything’s Gonna Be Alright in 1998. Gaines work was on the 2005 Grammy Award winning Night Train To Nashville: Music City Rhythm & Blues, 1945–1970, an exhibit at the Country Music Hall of Fame and Museum. His own albums The Different Feelings of Blues and Soul (2005) and Nothin’ But the Blues (2008) followed, the latter released on the Ecko label.

In late 2009 Gaines had to cancel a concert tour of Europe due to ill health, and he died in Nashville on the last day of that year, at the age of 74.

He is not to be confused with Steven Earl Gaines, a fellow American musician.