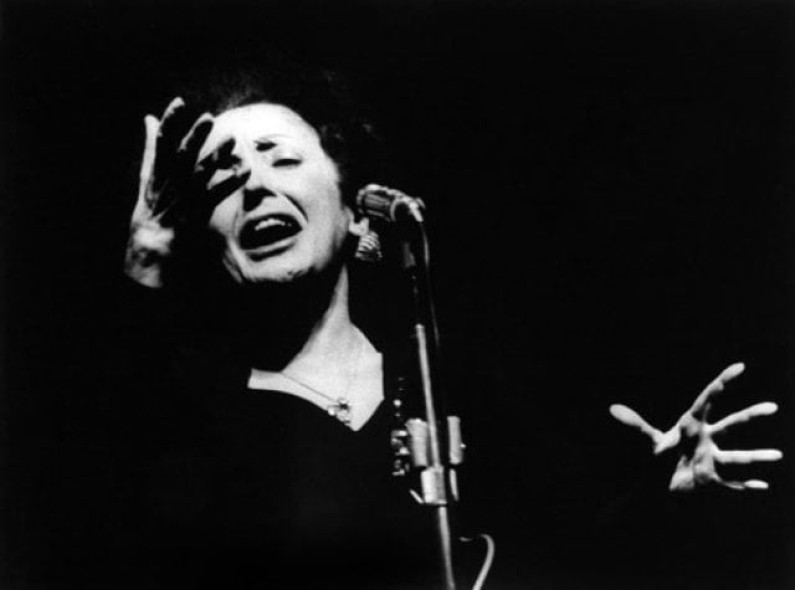 Leplée taught her the basics of stage presence and told her to wear a black dress, which became her trademark apparel. Later, she would always appear in black.