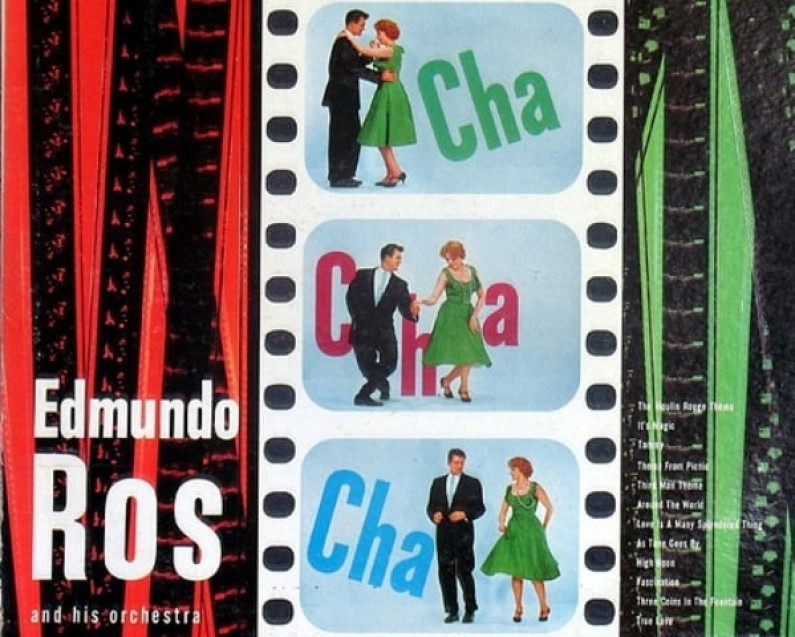 Edmundo Ros OBE FRAM (7 December 1910 – 21 October 2011) born Edmund William Ross, was a Trinidadian musician, vocalist, arranger and bandleader who made his career in Britain. He directed a highly popular Latin American orchestra, had an extensive recording career and owned one of London’s leading nightclubs.

Edmund William Ross was born in Port of Spain, Trinidad.His mother Luisa Urquart was a Venezuelan teacher, thought to be descended from indigenous Caribs, and his father, William Hope-Ross, was of Scottish descent.

He was the eldest of four children, having two sisters, Ruby and Eleanor, followed by a half-brother, Hugo. His parents separated after Hugo was born, and after various false steps Edmund was enrolled in a military academy.

There he became interested in music and learned to play the euphonium and percussion. When his mother became involved with a man he loathed and had a son by him, the 17-year-old left for Caracas, Venezuela to study at the Academy of Music under Maestro Vicente Emilio Sojo.

He played drums in the city’s nightclubs and in the Martial Band of Caracas as well as was soon hired by Sojo as timpanist in the new Venezuela Symphony Orchestra. As Sue Steward noted in his obituary for The guardian: “His local name, ‘Edmundo Ros’, launched a lasting myth that he was Venezuelan.”

Later he received a music scholarship from the Venezuelan government of Eleazar Lopez Contreras, and, from 1937 to 1942, studied harmony, composition and orchestration at the Royal Academy of Music.