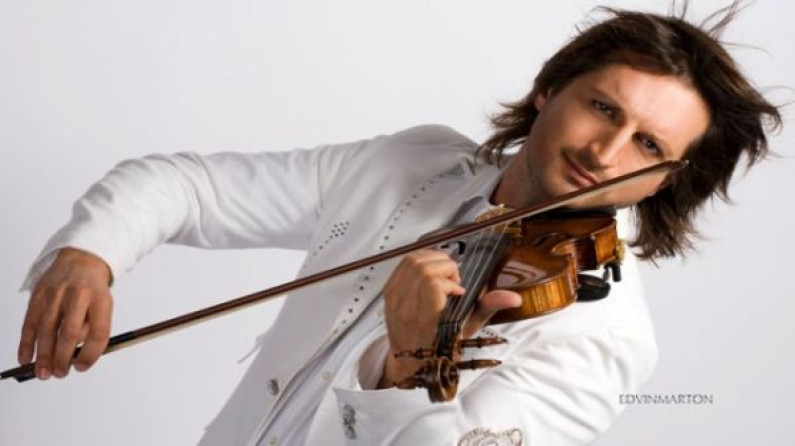 Edvin Marton (born Lajos Csűry, February 17, 1974, Vinogradovo, Ukraine) is a Ukrainian composer and violinist of Hungarian ethnicity. He became known as the violinist of the skaters, mainly because Evgeni Plushenko, Stéphane Lambiel, and other famous skaters often skated to his music.

He was born in an area of Ukraine largely inhabited by ethnic Hungarians. He was born into a musical family and by the age of five was already learning the violin from his parents. He was eight years old when accepted into that alma mater for the most talented musicians of the Soviet Union, the Central Tchaikowsky Music School in Moscow to study under Leo Lundstrem.

He continued his studies with Eugenia Tchougaeva. He gave his first important concert at the age of twelve, with the Moscow Symphony Orchestra.

At the age of seventeen he became a student at the Liszt Ferenc Academy of Music Budapest, in the class of Géza Kapás. He took part in a masterclass given by Ruggiero Ricci, where he won the prize for the best participant.

He was also the Grand Prize winner of the International Course Competition in Berlin, after having been invited by Ruggiero Ricci. Since 1993 he has been a “young soloist” for the National Philharmonic Concert Agency in Hungary.

He has performed with almost all the main Hungarian orchestras, and given concerts in Austria, Italy, Germany and Switzerland. In May 1994 the famous violin teacher Dorothy DeLay invited him to the Aspen Music Festival in Colorado. where he gave a concert with Rohan de Silva.