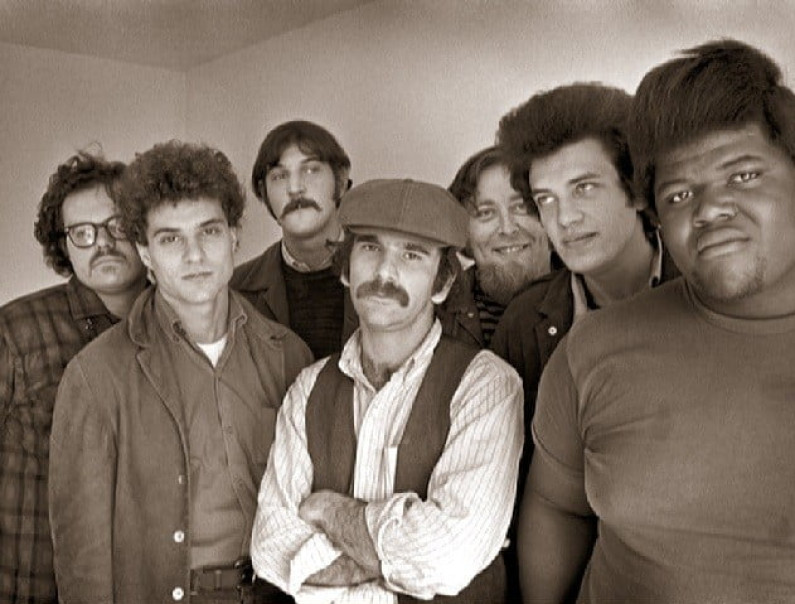 Bloomfield formed the Electric Flag in 1967, following his stint with the Butterfield Blues Band. The band reached its peak with the 1968 release, A Long Time Comin’, a fusion of rock, jazz, and R&B styles that charted well in the Billboard Pop Albums chart.

Their initial recording was a soundtrack for The Trip, a movie about an LSD experience by Peter Fonda, written by Jack Nicholson and directed by Roger Corman.

With his great appreciation for blues, soul and R&B, Mike Bloomfield wanted to create a group of his own that would feature what he called “American music.” He was inspired not only by the big band blues of B.B. King, T-Bone Walker and Guitar Slim (Eddie Jones), but also by the contemporary soul sounds of Otis Redding, Steve Cropper, Booker T & the MGs and other Stax recording artists.

He also drew inspiration from traditional country, gospel, and blues forms. Initially called the American Music Band, Bloomfield organized the band that would become known as The Electric Flag in the spring of 1967, not long after he produced a session with Chicago blues harmonica player James Cotton that featured a horn section. Bloomfield decided that his new band would also have horns and would play an amalgam of those American musics he loved.

The group was initially formed at the instigation of Bloomfield, but with the strong encouragement and organization of Barry Goldberg. Harvey Brooks, who had previously worked with Bloomfield in 1965, recording Bob Dylan’s Highway 61 Revisited, joined as bassist, and recommended Buddy Miles, then 19 years old, who was the drummer at the time for Wilson Pickett.