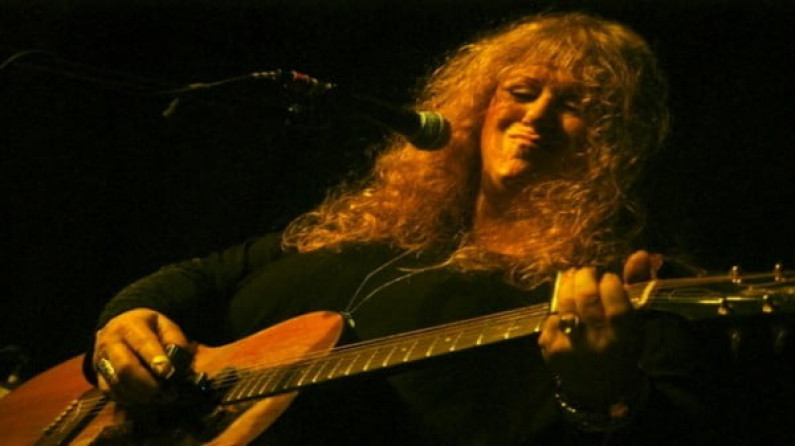 After recording one album with Fear Itself, McIlwaine went solo, recording two albums for Polydor, Honky Tonk Angel (1972) and We the People (1973), the latter featuring a hit single, “I Don’t Want to Play”. Those albums, and most of her work since, have featured McIlwaine’s approach to acoustic slide guitar.

McIlwaine’s career has been irregular, plagued by what she has often described of conflict with her record producers who wanted to change her sound. She once remarked of the 1978 album Ellen McIlwaine, “It could have been any other female vocalist, and next time it will be.”

As a female vocalist who is known more for her acoustic guitar, her music tends to be classified in the folk sections of record stores, despite her strong roots in blues, soul and rock music, and her cover versions of songs by Isaac Hayes, Stevie Wonder and Browning Bryant. She has also recorded several covers of songs by Jimi Hendrix: she wrote “Underground River” about him.

By the mid-1970s McIlwaine’s songs “Sliding”, “We the People” and “Losing You” were included on the compilation album, The Guitar Album.

McIlwaine’s album The Real Ellen McIlwaine, recorded in Montreal in 1975 for the Kotai label, won the NAIRD Indie Award. A 1982 project, Everybody Needs It, was also successful, and featured Jack Bruce, an artist who influenced her strongly and whose songs she has covered on several of her albums.

In 1980 she made her first tour of Australia, after being spotted by the Australian singer-guitarist Margret RoadKnight, who was one of the co-promoters of the tour. She returned to Australia in 1984, and during this tour was the last performer to appear at Sydney’s Regent Theatre.

Since moving to Canada in 1987, (first Toronto, later Alberta), McIlwaine recorded Looking for Trouble for Stony Plain Records, which has also re-released her early vinyl material on CD. Her next CD Women in (e)motion Festival/Ellen McIlwaine, recorded live in Germany in 1999; and then Spontaneous Combustion featuring Taj Mahal are on the German Tradition und Moderne label.

In spite of debilitating arthritis in her hips, she undertook a third tour of Australia and New Zealand in 2003, which reunited her with RoadKnight and the other Honky Tonk Angels, who had first brought her to Australia in 1980. McIlwaine has since successfully undergone hip replacement surgery.

She has long favored Guild brand guitars. She plays Guild S-250 and S-300D electric guitars; in earlier years, even when performing solo, she often played her electric guitar through an octave multiplier to emulate a bass player.[citation needed]

Her acoustic guitar is a venerable and well-traveled Guild instrument, purchased for her in New York by a friend in 1966. This guitar has a unique history, being a former Guild company “loaner” which was used by leading artists including Mississippi John Hurt and Richie Havens while Guild repaired their own guitars.[citation needed]

In 2006 she started her own label Ellen McIlwaine Music and released Mystic Bridge featuring the Indian tabla drummer Cassius Khan. They were joined by the soprano saxophone of Linsey Wellman on three tracks, including their version of “Take Me to the River”, and harmonium playing by Amika Kushwaha on the last track, “The Question”. This was a poem by Christine Steele, recited over Cassius Khan’s vocal rendition of the ancient Urdu poem set to music, “Darbari Raag”.

In 2008, 2009, and 2010 she toured with Patty Larkin’s La Guitara ensemble in the US, and in Canada with Sue Foley’s Guitar Women, and appeared at various US and Canadian venues and festivals as a solo artist.

She has been nominated for the 2011 Toronto Blues Society’s “Blues with a Feeling” Lifetime Achievement Award.