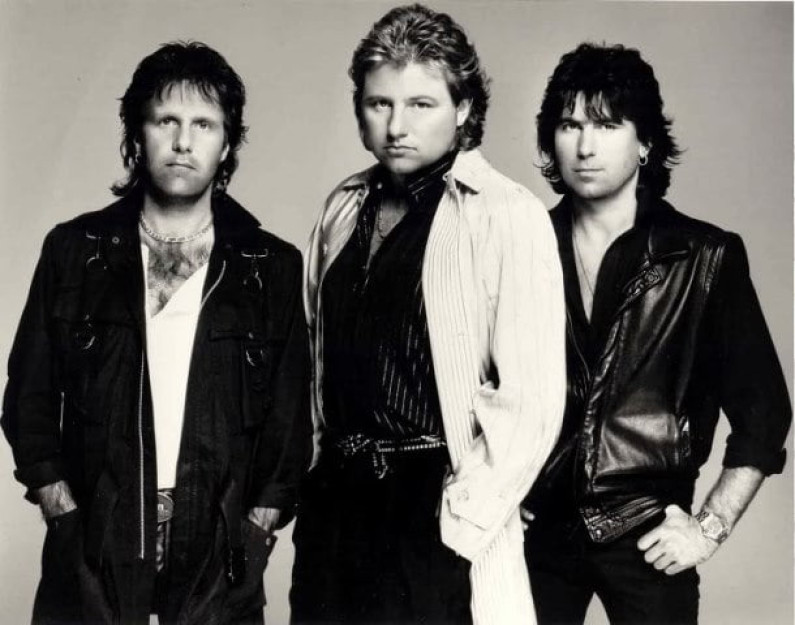 Emerson, Lake & Powell, sometimes abbreviated as ELPowell or ELP2, were an English progressive rock band, an offshoot or variant lineup of Emerson, Lake & Palmer, that released one official studio album in 1986.

Keith Emerson and Greg Lake had planned to re-form the original ELP in 1985 but drummer Carl Palmer was unavailable because of contractual obligations to Asia. After auditioning a series of drummers unwilling to commit to the band, they approached Cozy Powell, a longtime friend of Emerson’s, to replace him.

The band have always insisted that it was a coincidence that his surname also happened to start with a P, thus allowing the band to retain its original initials, although they also joked about looking for a “Gene Prupa” and having approached “Phil Pollins” and “Ringo Parr” before Powell agreed to join.

Shortly into recording, Emerson’s barn studio was destroyed by a runaway tractor, requiring some parts of the album be rerecorded, leading him to joke, “Perhaps we should have called it ‘Emerson, Lake & Plow!'”

The band’s self-titled studio album was a return to the familiar ELP style, with long progressive rock suites, mellow ballads and a classical theme (“Mars, the Bringer of War” by Gustav Holst, a piece previously performed by Lake during his tenure in King Crimson). One song, “The Score”, even references the lyric “Welcome back, my friends, to the show that never ends” from ELP’s “Karn Evil 9: First Impression” (on the album Brain Salad Surgery).

Initially, when the record company suggested that the group perform “Mars,” Emerson refused, saying it would be like ELP Plays the Classics or Richard Clayderman Plays ‘Clair de Lune’.After Powell showed him a video of one of his former bands playing the number, however, Emerson agreed to try it.