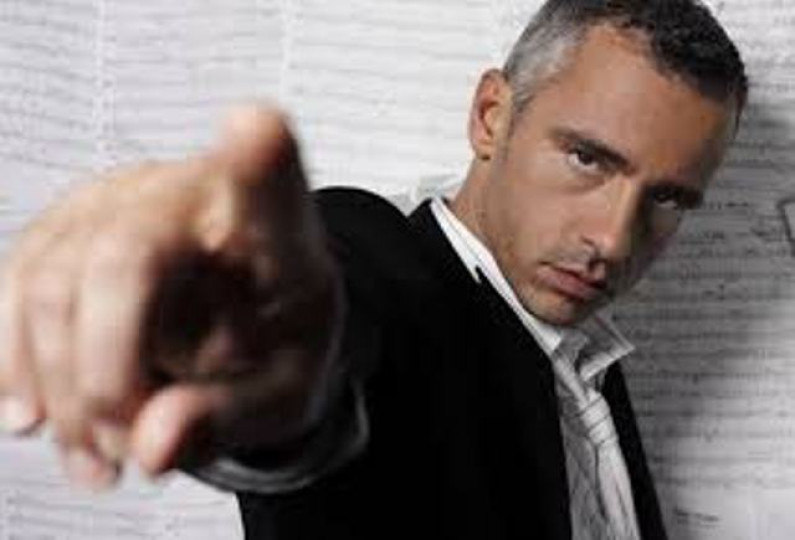 Eros Luciano Walter Ramazzotti (born 28 October 1963), known simply as Eros Ramazzotti, is an Italian musician and singer-songwriter. Ramazzotti is popular in Italy and most European countries, and throughout the Spanish-speaking world, as he has released most of his albums in both Italian and Spanish.

Since 1984, he has released 11 studio albums, one EP, three compilation albums, three live albums, and 37 singles. Ramazzotti has sold over 55 million records in his 30-year career.

Ramazzotti first gained international success in 1993, with the release of Tutte storie, which amassed six million album sales and occupied the top five in every country where he had previously released albums.

This success led to a BMG International record contract in 1994. His audience appeal comes from several factors, including his unique voice, which can be described as somewhat nasal but nevertheless forceful and resonant, and his energetic delivery of catchy, melodic tunes which are often passionate mid-tempo autobiographical ballads, with instrumentation that is rich in soft-rock influence.

On 30 May 2003, Ramazzotti released his ninth studio album, entitled 9. The first single, “Un’emozione per sempre” (An Emotion Forever) was released on 9 May, and was number one in Italy’s official single chart for 14 consecutive weeks.

The album, produced along with Claudio Guidetti and Eros’s longtime musical friend Celso Valli, stayed at the No. 1 position for nine weeks in Italy’s official album chart.

9 went on selling 3.5 million copies, 1.1 million of which were sold in Italy alone. He began his world tour in Ancona, Italy which was set to have 100 dates in front of audiences of up to one million people (56 dates of which were done in Europe in front of 550,000 people).