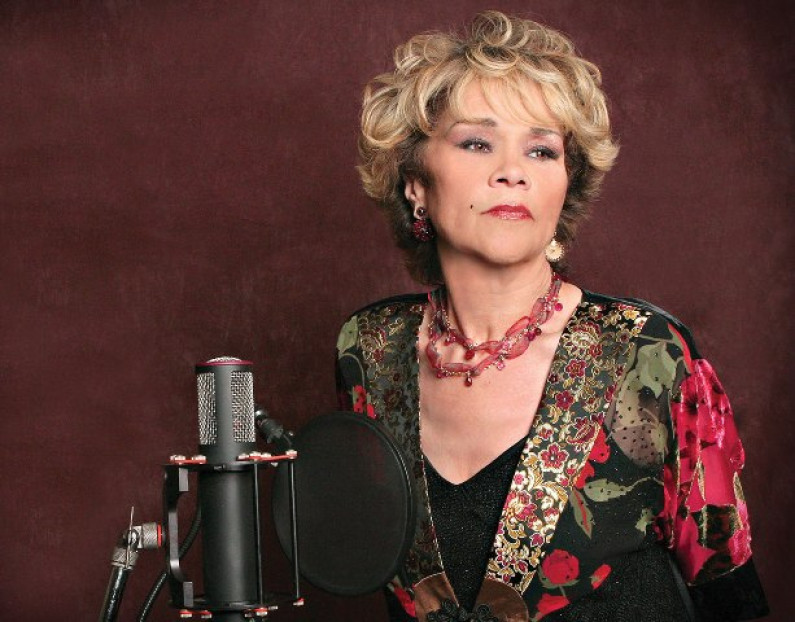 Etta James (born Jamesetta Hawkins; January 25, 1938 – January 20, 2012) was an American singer-songwriter. Her style spanned a variety of music genres including blues, R&B, soul, rock and roll, jazz and gospel. Starting her career in 1954, she gained fame with hits such as “The Wallflower”, “At Last”, “Tell Mama”, “Something’s Got a Hold on Me”, and “I’d Rather Go Blind” for which she wrote the lyrics. She faced a number of personal problems, including drug addiction, before making a musical resurgence in the late 1980s with the album Seven Year Itch.

Etta James had once been considered one of the most overlooked blues and R&B musicians in Music history of the United States. It was not until the early 1990s, when James began receiving major industry awards from the Grammys and the Blues Foundation, that she began to receive wide recognition.

Her song, “Something’s Got a Hold on Me”, has been recognized in many ways. Brussels music act Vaya Con Dios covered the song on their 1990 album Night Owls.

Another version, performed by Christina Aguilera, was in the 2010 film, Burlesque. Pretty Lights sampled the song in “Finally Moving”, followed by Avicii’s dance hit, “Levels”, and again in Flo Rida’s single, “Good Feeling”.