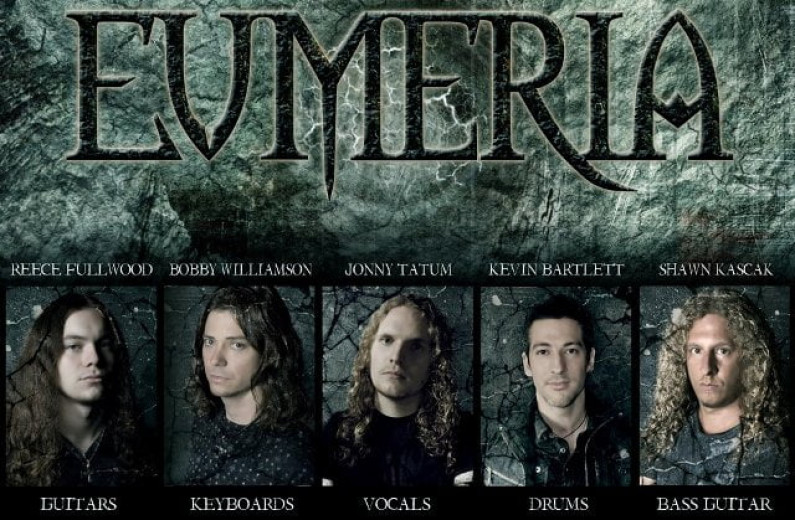 The band name is rumored to be derived from a cross between the words “Europe” and “America”.

Eumeria began as a solo project by Bobby Williamson (Outworld and Thought Chamber), who had planned to hire various singers and musicians to create an album.

After Williamson heard the initial demo tracks laid down by Jonny Tatum (Timefall) and Reece Fullwood however, he realized that something more important was about to be born.

Williamson, along with Tatum and Fullwood, agreed to scratch the project idea and move forward as a fully operational band with dedicated members.

Shawn Kascak, former Outworld bandmate of Williamson’s, was selected to play bass guitar, while Adam Sagan, formerly of Into Eternity, was picked to be the drummer.

The recordings for the debut album began at Origin Sound studio in Texas; but Williamson, Tatum and Fullwood felt that Sagan’s drumming style wasn’t a perfect match for the material.