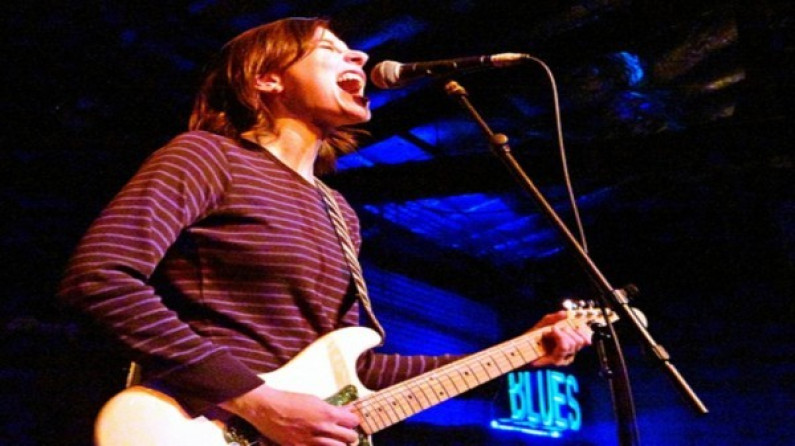 Rockin’ blues guitarist Eve Monsees didn’t waste any time. Born in Houston in 1983 and an Austin resident since age eight, she got her first guitar and began taking lessons at age twelve.

At fifteen she began sitting in on blues jams at Austin clubs, and within a year she was getting her own gigs, including an opening slot for Jimmie Vaughan at Antone’s.

In 2002, the year she graduated from high school, she along with drummer Mike Buck formed a band soon to be known as the Exiles. In 2004 their self titled debut album, was released.

By then Monsees had already gone through her purist phase and come out the other side with a taste for a more garagey kind of blues that’s the contemporary equivalent of the Rolling Stones’ early career.

Devolping a wider range has given her the opportunity to play with bands ranging from the LeRoi Brothers to the Go Gos.
Early on, Monsees learned more or less in tandem with her neighbor and schoolmate Gary Clark Jr., now another of Austin’s most promising blues guitarists.

“We basically began playing together, showing each other what we’d learned, turning each other onto records we’d discovered,” she said.

Over the next couple years, Monsees began picking up on Stevie Ray Vaughan, the Fabulous Thunderbirds and other Austin blues cornerstones. Then she encountered Albert King’s compilation of 1966-8 Stax sides, King of the Blues Guitar. After that, there was no turning back.