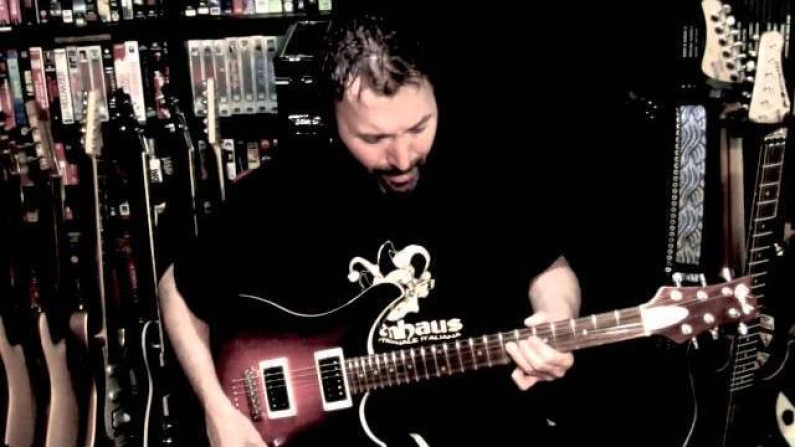 He began playing guitar by himself at sixteen, focusing his passion and practicing on rock/fusion genre, inspired by didactic videos from such amazing players like Greg Howe, Brett Garsed, Frank Gambale just to name a few…

The cd, titled “Cutaway” raised an authentic“tsunami” of positive responses from specialized international and italian press and fans from the five continents, that sent and still are sending diary e mails to congratulate the man himself for his amazing guitar playing…

Jazz fusion is a musical fusion genre that developed from mixing funk and rhythm and blues rhythms and the amplification and electronic effects of rock music, complex time signatures derived from non-Western music and extended, typically instrumental compositions with a jazz approach to lengthy group improvisations, often using wind and brass and displaying a high level of instrumental technique.

It was created around the late 1960s. The term “jazz rock” is often used as a synonym for “jazz fusion” as well as for music performed by late 1960s and 1970s-era rock bands that added jazz elements to their music.

It is distinct and different from Canterbury Scene progressive rock and other forms of Prog Jazz Fusion, in which extended Prog instrumentals use improvisation and take on a Jazz influenced feel.

After a decade of popularity during the 1970s, fusion expanded its improvisatory and experimental approaches through the 1980s and 1990s.