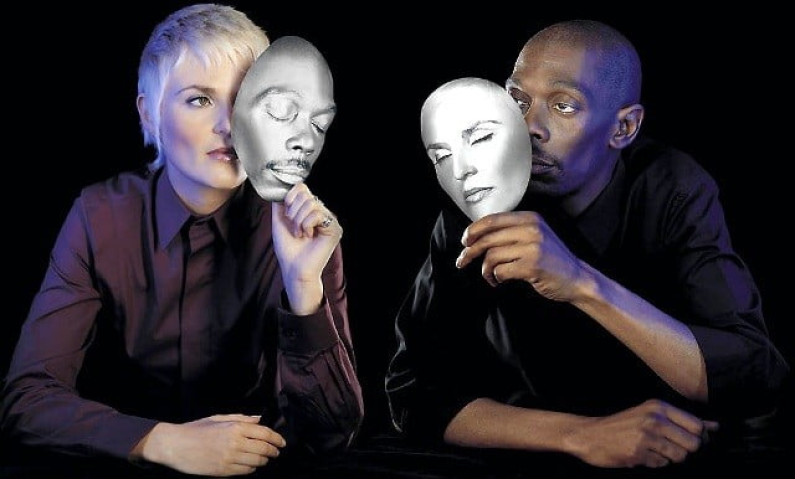 Faithless was a British electronica band consisting of Maxi Jazz, Sister Bliss and Rollo. The group is best known for their dance songs (“Insomnia”, “God Is a DJ” and “We Come 1”).

Faithless recorded six albums. During their career they sold over 15 million records worldwide.The band announced it would split up after their Passing The Baton dates at Brixton Academy on 7 and 8 April 2011, however Maxi Jazz and Sister Bliss still occasionally perform as a “Faithless DJ & Live PA” collaboration.

The Faithless ‘Sound System’ (consisting of Maxi Jazz, Sister Bliss and percussionist Sudha Kheterpal) performed shows on 22 July 2011 at the Tomorrowland festival in Belgium, at the Waterford Music Fest in Ireland on 30 July and in Split at the Riva Discothèque on 12 August. They also performed in Dubai on 31 December 2012.

They currently – albeit only occasionally – continue to perform in Faithless Sound System format and more recently via ‘Live PA and DJ’ sets incorporating Maxi Jazz and Sister Bliss only.

Jazz provides live vocals on four to five Faithless songs played by Sister Bliss, with the rest of the one hour sets being made up of mixed tracks by other artists. In this format, their first appearance in the UK since 2011 took place at the new Brixton Electric nightclub on 31 May 2013.

A further one-off appearance in the same format and the same venue took place on 6 June 2014. The events have been charity-orientated in aid of Crystal Palace Football Club’s youth academy. The 2014 event was described as an “annual fundraiser” – indicating it is to continue in future years.

As well as their own studio albums, all three members actively engage in other people’s work as solo figures. Sister Bliss is a prominent dance DJ and has for a long time toured the circuit on her own, remixed others’ albums and even appeared in music videos, such as Paul Oakenfold’s “Weekend”.

Maxi Jazz brought out an album before the formation of Faithless and also worked on pirate radio. He also collaborated with Faithless founding member Jamie Catto on his new project 1 Giant Leap guesting on a song with Robbie Williams.

Finally, Rollo founded the label Cheeky Records and has produced the music of other artists, most notably his sister Dido’s albums, as well as using various monikers to create popular dance music under the names Rollo Goes … (Camping, Mystic and Spiritual), Felix, Our Tribe (with Rob Dougan), and Dusted.