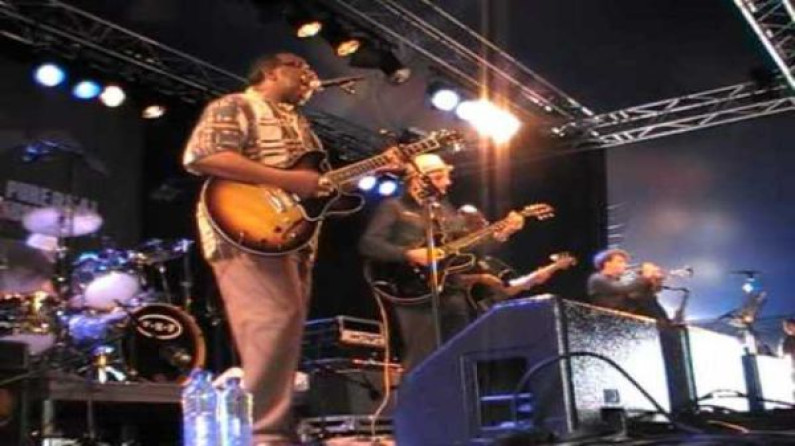 Smoking contemporary blues is just a brief description of this this rocking band out of Rotterdam, The Netherlands.
This is because their music can’t be confined to only one style of the vast styles of blues, soul and real 50’s Rhythm & Blues.

So is their 2013 album release „Hard Lovin’ Man” a blend of diverse styles and self written songs. Fat Harry & The Fuzzy Licks was noticed for their ferocious approach to the genre.

From funk to hard soul and a turn back to gutbucket old school blues. The (international) critics were lyrical in their reviews.
The album also features Preston Shannon on guitar and vocals, and Bay Area Legend Henry Oden on bass and vocals.

The band was also noticed at the other side of the ocean.

Their 2007 release „Driving Machine” was included in the sampler cd of the prestigious Chicago bluesmagazine „Big City Blues”.
Harry’s guitar playing also impressed in famous blues clubs there such as Buddy Guy’s Legends and the Kingston Mines.

That was not all. Multiple grammy award winner Joe Louis Walker covered the Fat Harry original Send You Back on his album „Between A Rock & The Blues” and used the band to back him up at European shows.

Preston Shannon („The King Of Beale Street”) also uses Fat Harry & The Fuzzy Licks as his European touring band. Then a horn section and Henry Oden are added to the band.

The band still has his focus on the future. With the new talented bassman Hassan Abudaldah they want to keep their sound tight and funky and always looking for new challenges.