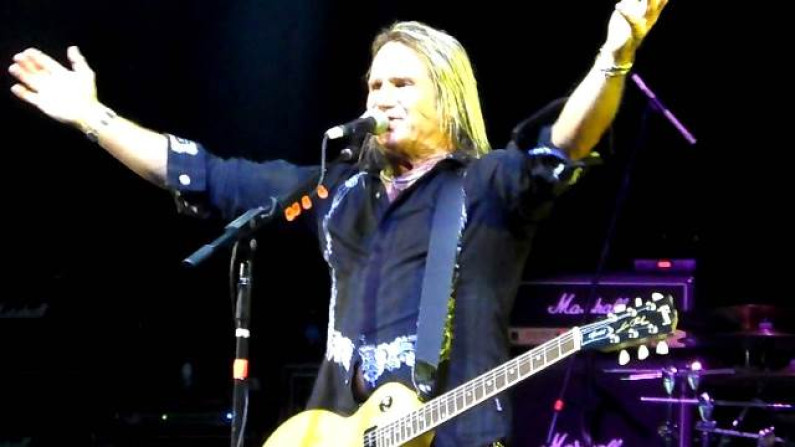 Foghat is an English rock band formed in London in 1971. The band is known for its prominent use of electric slide guitar in its music. The band has achieved 8 gold records, one platinum and one double platinum record, and despite several lineup changes, continues to record and perform to the present day.

The band initially featured Dave Peverett (“Lonesome Dave”) on guitar and vocals, Tony Stevens on bass, and Roger Earl on drums when they left Savoy Brown in 1970. Rod Price on guitar/slide guitar joined after he left the Black Cat Bones in December 1970.

The new line-up was named “Foghat” (a nonsense word from a childhood game played by Peverett and his brother) in January 1971. Their 1972 album, Foghat was produced by Dave Edmunds and had a cover of Willie Dixon’s “I Just Want to Make Love to You”, which received much airplay, especially on FM stations.

The band’s second self-titled album was also known as Rock and Roll for its cover photo of a rock and a bread roll, and it went gold. Energized came out in 1974, followed by Rock and Roll Outlaws and Fool for the City in 1975, the year that Stevens left the band after objecting to their endless touring schedule.

Stevens was replaced temporarily by producer Nick Jameson in 1975 when the band recorded Fool for the City. In the next year, Jameson was replaced by Craig MacGregor and the group produced Night Shift in 1976, a live album in 1977, and Stone Blue in 1978, each reaching “gold” record sales.

Fool for the City spawned the hit single “Slow Ride” (which reached #20 in the US), but the greatest sales figures were for Live, which sold over 2,000,000 copies. More hits followed: “Drivin’ Wheel”; “I Just Want to Make Love to You” (from the live album); “Stone Blue”; and “Third Time Lucky (First Time I Was a Fool)”.