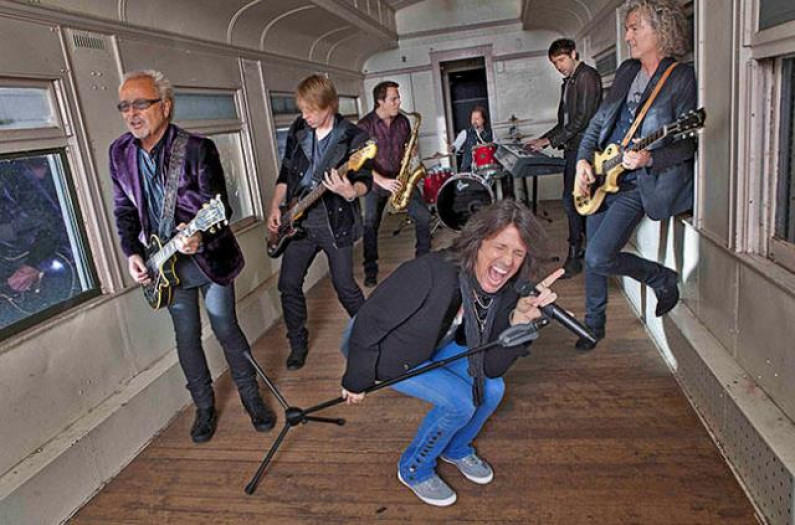 Jones came up with the band’s name as he, McDonald and Dennis Elliott were English, while Gramm, Al Greenwood and Ed Gagliardi were American.

Their biggest hit single, “I Want to Know What Love Is”, topped the UK and US Charts among others. They are one of the world’s best-selling bands of all time with worldwide sales of more than 80 million records, including 37.5 million albums in the United States alone.

Foreigner released a new album on October 2, 2009 titled Can’t Slow Down. It was one of several recent classic rock releases (AC/DC, The Eagles, Journey and Kiss being four others) to be released exclusively through the Wal-Mart stores chain in the US, while in Europe the album was released by earMUSIC (a label part of the Edel group), charting top 20 in Germany (16) and Top 30 in Switzerland.

In early 2010, Foreigner teamed up with Styx and Kansas for the United in Rock Tour.

On May 4, 2010 it was announced that Brian Tichy’s replacement as drummer would be Jason Sutter.

On May 22, 2010 Foreigner played a show at the Mandalay Bay Events Center in Las Vegas. Whitesnake guitar player Doug Aldrich subbed for Mick Jones for this show leaving the band with no original members for this date.

Jason Sutter’s time with the band was short as he left by 2011. Mark Schulman then returned to Foreigner for his third go-round as drummer.

On February 20, 2011 the band played for the first time in Bangalore city in India along with sitar player Niladri Kumar.