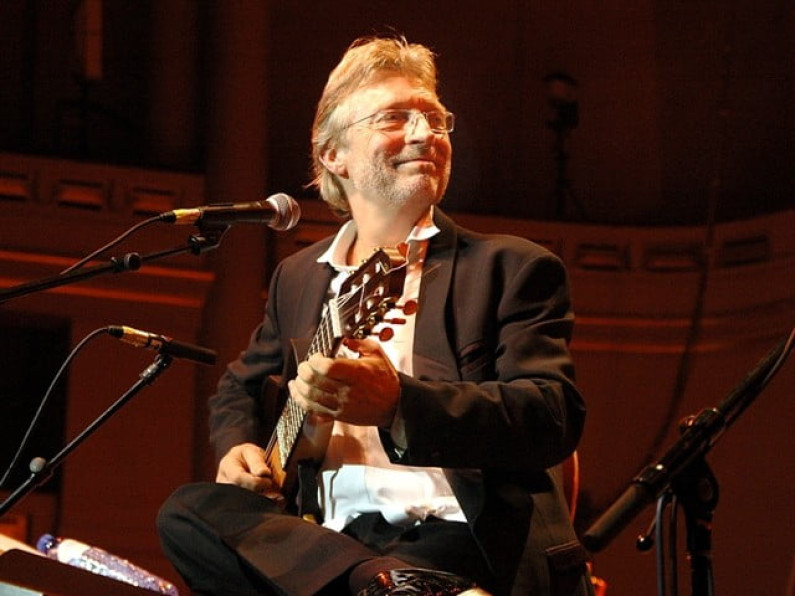 Francis Goya (born François Edouard Weyer, 16 May 1946) is a Belgian classical guitar player and producer. He has recorded fifty albums, many of which have reached gold or platinum status. Francis went solo in 1975, changing his name to Goya. His first solo single, Nostalgia, became an international hit, reaching #1 in Belgium, Holland, Germany, Norway, and Brazil.

Born to a family of musicians, he took a guitar in his hands for the first time at the age of 12. At 16, Francis Goya formed his first group (Les Jivaros) together with his brother who played the percussion, and several friends.

In 1966 he became acquainted with a singer named Lou who joined Francis’ rock group, The Liberty Six (Later, Lou was a producer for Plastic Bertrand and composed for him the song Ça plane pour moi which gained success all over the world).

In 1970 Francis Goya was invited to a professional soul music group J J Band, with which he recorded two albums, the second of them produced by Brian Bennett, percussionist for The Shadows.

This LP was recorded in London for CBS. Thanks to J J Band, Francis Goya took part in a tour over Europe and Africa. He also became a studio guitar player, and played on the stage with performers of different styles, such as Demis Roussos, The Three Degrees, Vicky Leandros, and others.

In 1975, he released his first solo LP Nostalgia, which quickly reached top positions in the charts. Nostalgia was a tender and romantic melody written by Francis Goya and his father. That was the beginning of his international career. Francis Goya tours with his performances all over the world, from Asia to Latin America, South Africa, Russia etc.

Between the tours, he records at least one new album; their number has already reached 35 LPs and CDs, and most of them have the status of a gold disc or platinum disc.

As of today, Francis Goya has sold over 28 million of his albums all over the world; this is quite a rare case for instrumental music. Francis Goya directed the Eurovision orchestra in Rome (during Luxembourg’s performance) in 1991 and in Ireland in 1993.

Francis Goya has always admired Latin American music. In 1991, he decided to record, concurrently with instrumental music, a CD containing Brazilian songs (Bahia Lady). The timbre of his voice and passionate guitar-playing turned out to be a marvelous combination, and the public liked it.

He decided to continue working in this way, and, in 1992 and 1993 released two new albums of the same style (Noche Latino and Festival Latino). 1994 was the year for “going back to the roots”, for releasing a new CD of instrumental music, and for a tour of over fifty concerts in the Netherlands.

In 1996 a new musical CD in the New Age was released (Gondwana). In 1998 Francis Goya recorded beautiful songs of Jacques Brel, these were released on a CD and distributed all over Europe. Later, a duet album with Richard Clayderman was recorded.

Wind from the East

The Moscow Nights which was recorded in Moscow, was released in 1981 in all countries of the former Soviet Union, and won enormous success; this allowed Francis Goya to become a West-European star in Eastern Europe.