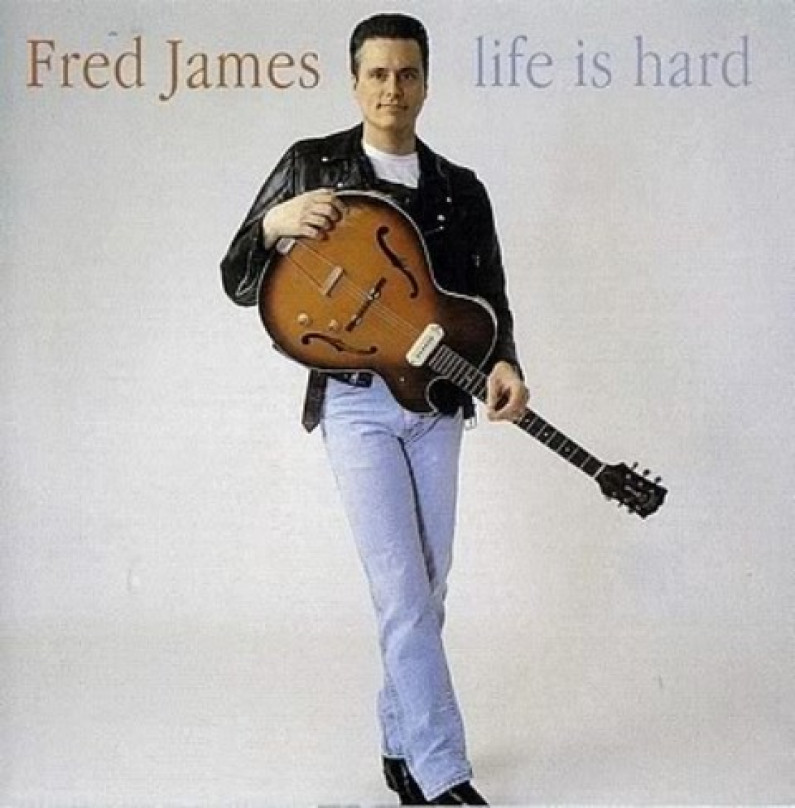 Nashville producer Fred James is as much a documentarian as he is musician and entrepreneur, and his Bluesland Productions is considered one of the world’s foremost independent music companies devoted to blues, soul, and American roots music.

On February 3, 1954, Fred James was born in San Antonio, TX, the family moving to Wichita, KS, where he was raised. His father, Fred James, Sr., is a noted jazz trumpet player who recorded with the Johnny Harris Quartet in the ’70s. His uncle, Doug James, is a New York studio musician who has worked with Paul Butterfield, Orleans, Blood, Sweat & Tears, and many others.

With radio in the mid-’60s being very eclectic, and with jazz and blues constantly played around the house while he was growing up, Fred found that he liked it all, inspirations and influences coming from Louis Armstrong, Elvis Presley, Otis Redding, Buck Owens, and, according to the producer/musician, “all of the rock groups.”

His first attendance at a concert was the Jimmy Smith Trio with the Ramsey Lewis Trio; the second was a Dick Clark road show with Freddy “Boom Boom” Cannon, Keith Allison, Paul Revere & the Raiders, and the Animals.

To say his family is musical is an understatement, with two of his brothers also in the business as recording artists and studio musicians. James moved to Nashville in 1973, as it was still wide open to young talent in those days. He immediately found work in the studios and on the road with artists like Billy Joe Shaver, Vern Gosdin, and Townes Van Zandt, among others.

Listed in Frets magazine as one of Nashville’s top studio musicians, James had an artistic side that also leaned toward pursuing a career in songwriting. While writing for Mel Tillis’ publishing company, he got his first cut with the Cornelius Brothers & Sister Rose.

In 1977 he recorded his first LP, Alfred James, for the tiny Cascade label. By the early ’80s James was playing guitar with Dr. Hook and the band was using the Memphis Horns to augment the lineup.

When the tour was over, James was asked to become the singer and guitarist with the Memphis Horns. He did this for the next two years until the Horns became too busy in the studio to continue live work.