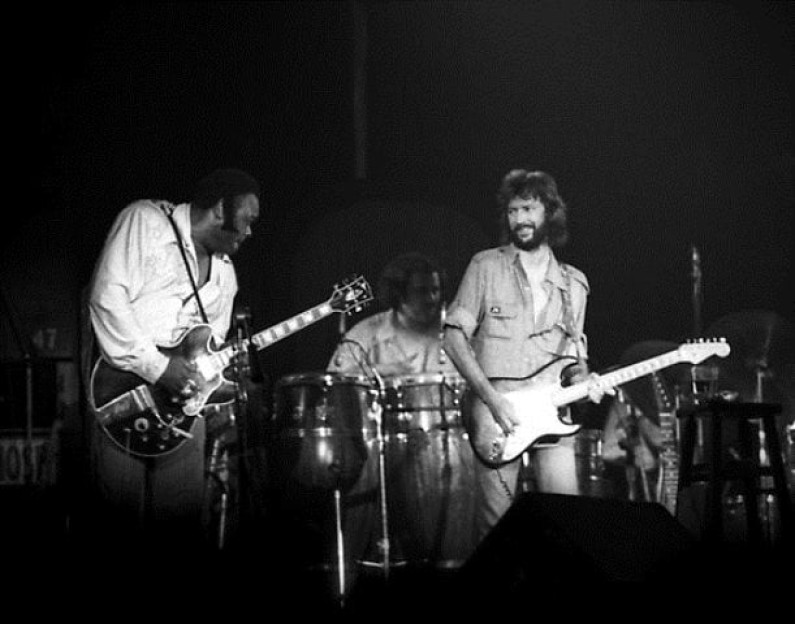 Freddie King (September 3, 1934 – December 28, 1976) was an influential American blues guitarist and singer. He is often mentioned as one of “the Three Kings” of electric blues guitar along with Albert King and B.B. King.

Freddie King based his guitar style on Texas and Chicago influences and was one of the first bluesmen to have a multi-racial backing band at live performances. He is best known for singles such as “Have You Ever Loved A Woman” (1960) and his Top 40 hit “Hide Away” (1961).

He is also known for albums such as the early, instrumental-packed Let’s Hide Away and Dance Away with Freddy King (1961) and the later album Burglar (1974), which displayed King’s mature versatility as both player and singer in a range of blues and funk styles.

King became an influential guitarist with hits for Federal Records in the early 1960s. He inspired musicians such as Jerry Garcia, Dickey Betts, Stevie Ray Vaughan and his brother Jimmie Vaughan.

His influence was also felt in Britain through recordings by blues artists such as Eric Clapton, Peter Green and Chicken Shack. He was inducted into the Rock and Roll Hall of Fame in 2012.

When King was only six, his mother Ella Mae King and his uncle began teaching Freddie guitar. In autumn 1949, King and his family moved from Dallas to the South Side of Chicago. In 1952 King started working in a steel mill, the same year he married fellow Texas native Jessie Burnett, with whom he eventually had seven children.

According to his official birth certificate he was named “Fred King” at birth and his parents were Ella Mae King and J.T. Christian.