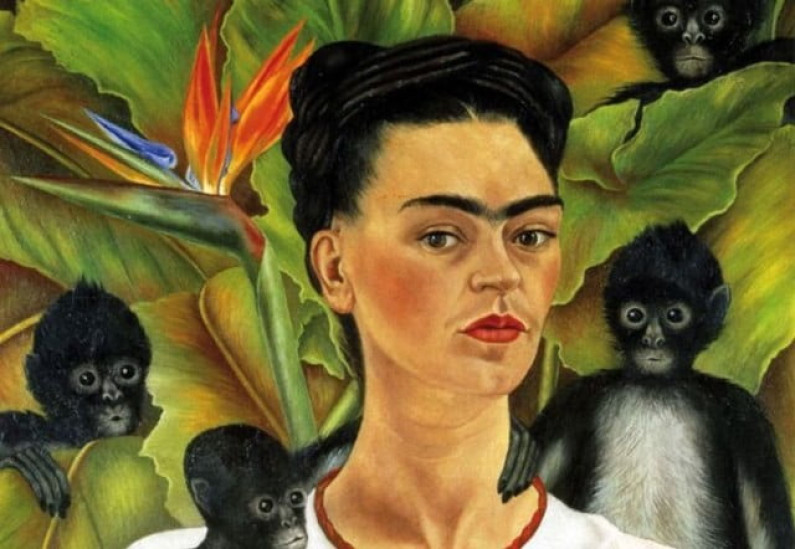 Kahlo’s life began and ended in Mexico City, in her home known as the Blue House. Her work has been celebrated in Mexico as emblematic of national and indigenous tradition, and by feminists for its uncompromising depiction of the female experience and form.

Mexican culture and Amerindian cultural tradition are important in her work, which has been sometimes characterized as naïve art or folk art.

Her work has also been described as surrealist, and in 1938 André Breton, principal initiator of the surrealist movement, described Kahlo’s art as a “ribbon around a bomb”.Frida rejected the “surrealist” label; she believed that her work reflected more of her reality than her dreams.

Kahlo had a volatile marriage with the famous Mexican artist Diego Rivera. She suffered lifelong health problems, many caused by a traffic accident she survived as a teenager.

Recovering from her injuries isolated her from other people, and this isolation influenced her works, many of which are self-portraits of one sort or another. Kahlo suggested, “I paint myself because I am so often alone and because I am the subject I know best.”She also stated, “I was born a bitch. I was born a painter.