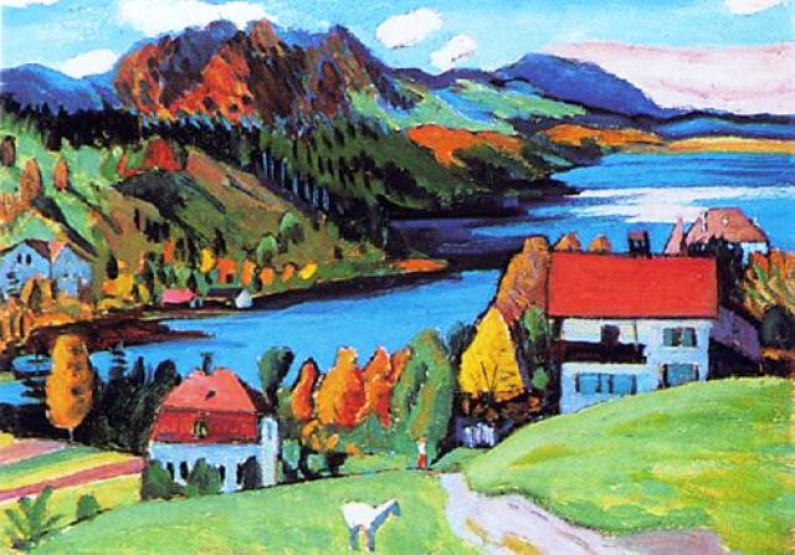 Gabriele Münter (19 February 1877 – 19 May 1962) was a German expressionist painter who was at the forefront of the Munich avant-garde in the early 20th century.

Early life
Münter was born to upper middle class parents in Berlin. Regardless of the times, her family supported her desires to become an artist. She began to draw as a child. As she was growing up, she had a private tutor, and took classes at the Woman’s Artist School, since she was not allowed to enroll in the German Academies because she was a woman.

She didn’t feel challenged by her current school, so she decided to take her studies elsewhere. Both of her parents had died by the time she was 21 years old, and she was living at home with no occupation. In 1898, she decided to take a trip to America with her sister to visit extended family.

They stayed in America for over two years, mainly in the states of Texas, Arkansas, and Missouri. Both girls had inherited a large amount of money, allowing them to live freely and independently. Her childhood and early adulthood greatly impacted her future artistic career.