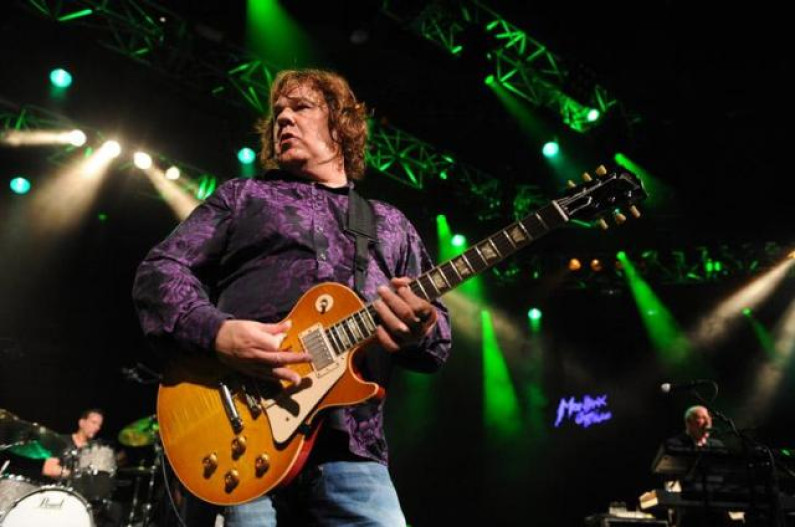 Moore appears in the videos for “Waiting for an Alibi” and “Do Anything You Want To”.
He experimented with many musical genres, including rock, jazz, blues, country, electric blues, hard rock and heavy metal.

The album was well received by fans. He stayed with the blues format until 1997 when he returned to the harder rock, but with a softer, more pop and ballad-oriented sound on Dark Days in Paradise followed with another change of direction in 1999, when he decided to experiment with modern dance beats on A Different Beat; this left many fans, as well as the music press, confused.