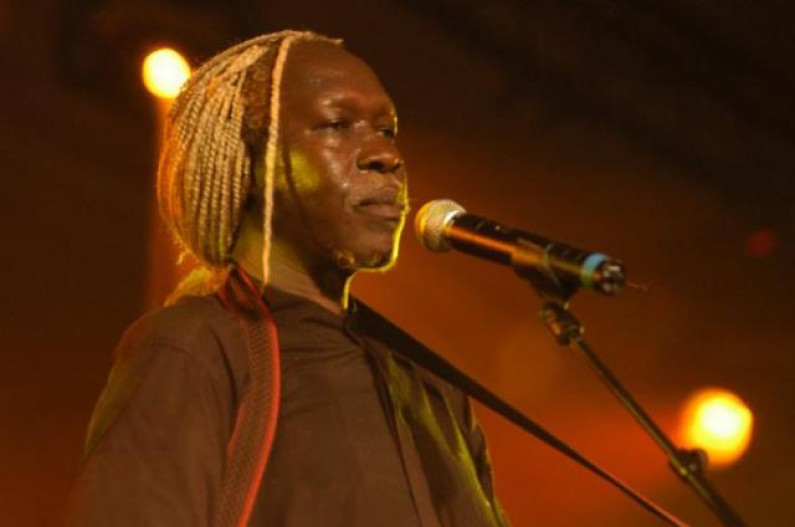 Geoffrey Oryema (born 16 April 1953) is an internationally renowned Ugandan musician. In 1977, at the age of 24 and at the height of Idi Amin’s power, Oryema was smuggled across the Ugandan border in the trunk of a car, after the death of his father, Erinayo Wilson Oryema, who was a cabinet minister, beginning a life in exile.

Today his songs keep alive the languages of his youth – Swahili and Acholi and return to the lost country – the ‘clear green land’ of Uganda.
Oryema earned his international reputation following the release of his second album, Beat the Border.

He has collaborated with, amongst others, Peter Gabriel and was backed by French musicians including Jean-Pierre Alarcen (guitar) and Patrick Buchmann (drums, percussion, backing vocals), touring with WOMAD in Australia, the USA, Japan, Brasil and Europe. In 1994 the band performed at Woodstock 94 celebrating the 25th anniversary of the legendary festival.

Gabriel’s record label, Real World, helped with the first three of Oryema’s albums, until his move to Sony International, a label established in France where Oryema resides since his exile. Besides his two native languages mentioned earlier, he also sings in English and French.

In July 2005, he performed at the LIVE 8: Africa Calling concert in Cornwall, and with 1 Giant Leap at the Live 8 Edinburgh concert.