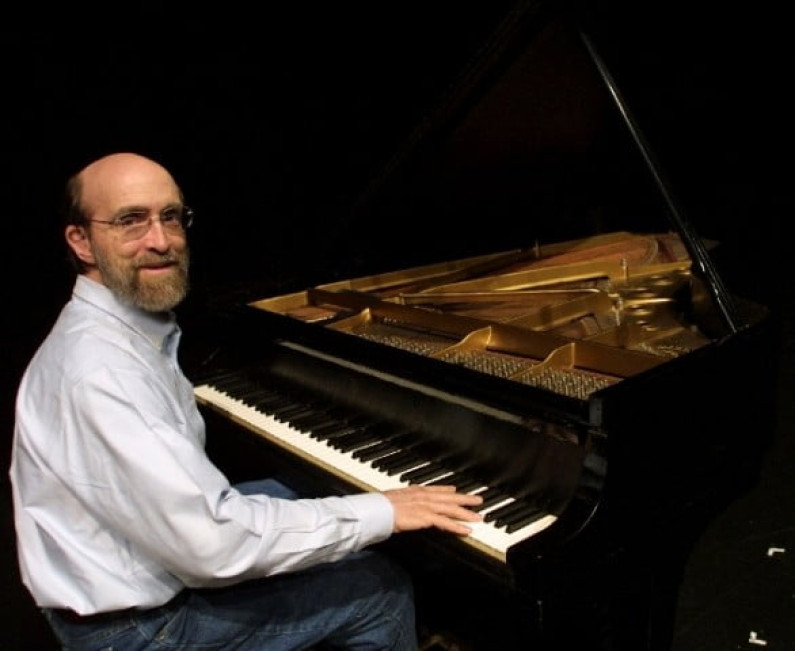 George Winston (born 1949) is an American pianist who was born in Michigan, and grew up mainly in Miles City, Montana, as well as Mississippi and Florida.

He is best known for his solo piano recordings; several of his albums from the early 1980s have sold millions of copies each. Winston has been described as the “Father of New Age Music,” but he eschews the term, preferring to call his style “rural folk piano.”

When growing up, Winston’s interest in music was listening to instrumentals in the R&B, rock, pop, and jazz genres, especially by organists. After hearing The Doors in 1967, he was inspired to start playing the organ. In 1971, he switched to solo piano after hearing Thomas “Fats” Waller, Teddy Wilson, Earl Hines and Donald Lambert.

Winston attended Stetson University in DeLand, Florida in the 1960s, where he majored in sociology. While he did not complete work on his undergraduate degree, following his rise to prominence the university awarded him an honorary doctor of arts degree.

George Winston was first recorded by John Fahey for Fahey’s Takoma Records. The album Ballads and Blues disappeared without much notice, although it was later reissued on Winston’s Dancing Cat Records.

However, in 1979, William Ackerman talked with Winston about having Winston record for Ackerman’s new record label, Windham Hill Records. At first Winston played some guitar pieces he liked and then he played some of his nighttime music on the piano, which became the basis for the record Autumn, which Ackerman produced.

Autumn soon became the best-selling record in the Windham Hill catalog and his albums December and Winter into Spring both went platinum (million-plus sales in the United States). He has recorded seven more solo piano albums, and he is one of the best known performers playing contemporary instrumental music.

Winston was sixteen years old when the animated TV special A Charlie Brown Christmas premiered in 1965, and he bought the soundtrack album the next day.He eagerly awaited each new Peanuts special to hear Vince Guaraldi’s newest music. In 1996, Winston released Linus and Lucy – The Music of Vince Guaraldi.