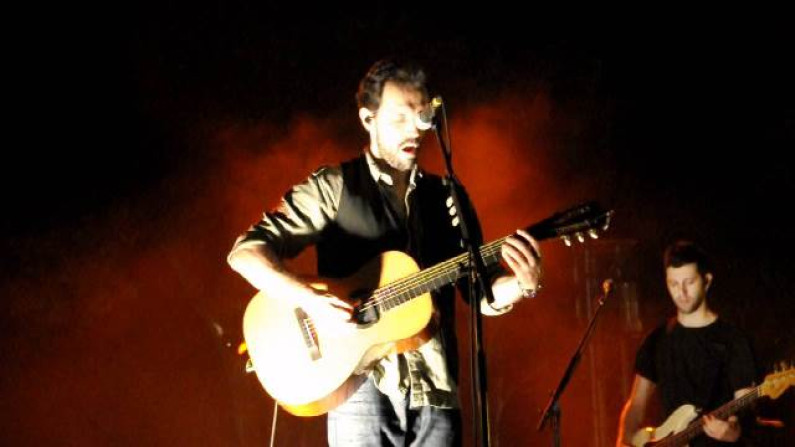 Gérald de Palmas was born in France. His father was a land surveyor from Britanny and his mother was a French teacher from Réunion. At the age of 10, De Palmas’ family left Réunion, to live in Aix-en-Provence, France.

At the age of 13, he discovered ska music, and became a fan of the UK band The Specials. Then he met Étienne Daho and formed a group called Les Max Valentin together with Edith Fambuena and Jean-Louis Pierot.

They released the single ‘Les Maux Dits’ in 1987, but De Palmas was uncomfortable with this group, and went solo. After seven years of writing and singing solo, Da Palmas won a talent contest on the French M6 TV network.

In 1994, Gérald de Palmas, or just De Palmas as an artistic name, released his first album La dernière Année (The Last Year), which contains the hit song Sur la Route (On the Road). He won a Victoires de la Musique award in 1996.

De Palmas released his second album Les Lois de la Nature (Laws of Nature) in 1997. The album was less successful than his debut album, probably due to the dramatic change in his style.