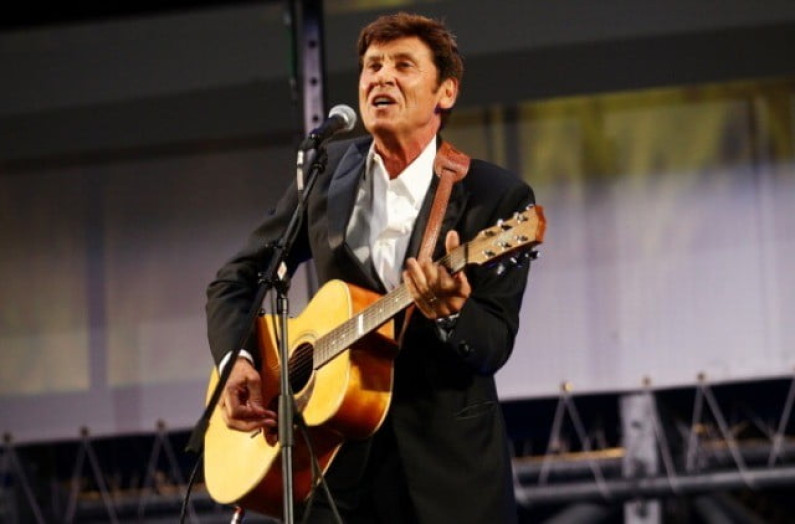 Gian Luigi Morandi was born in a little village called Monghidoro on the Tuscan-Emilian Apennines. His father Renato was active within the Italian Communist Party and Gianni used to help him sell the party newspapers.

At an early age Morandi worked as a shoe-shiner, cobbler and as a candy vendor in the village’s only cinema. His vocal abilities led him to a number of small gigs, some of which were during the Communist Party’s activities.

He made his debut in 1962 and quickly placed high at or won a number of Italian popular song festivals, including the Canzonissima festival in 1969.

In 1962 he was signed by RCA Italiana and achieved national stardom with the song “Fatti mandare dalla mamma”, and remained Italy’s darling throughout that decade.

In 1970, he represented Italy at the Eurovision Song Contest with “Occhi di ragazza”. His career went into a decline in the 1970s but underwent a revival in the 1980s.

He won the Festival of Sanremo in 1987 with “Si può dare di più” together with Enrico Ruggeri and Umberto Tozzi, placed second in 1995 and third in 2000.

It is estimated that Morandi has sold 50 million recordings.

His songs “In ginocchio da te”, “Non son degno di te” and “Scende la pioggia” were certified as having each sold over one million copies, and were awarded gold discs.

He has written a number of autobiographical books and appeared in 18 films. In TV he played Claude Jade’s husband Davide in the 1984 TV series Voglia di volare.

He also played as actor in several TV series, as well as the host in popular Italian television shows.

In 1966 he married actress Laura Efrikian, with whom he played in several Musicarelli films together. The couple divorced in 1979.

Morandi was chosen to be the presenter of Sanremo Music Festival 2011, together with Belén Rodriguez and Elisabetta Canalis. They were joined by comedians Luca Bizzarri and Paolo Kessisoglu from Italia 1’s satire show Le Iene.

In October 2011, he was confirmed as the presenter of the Sanremo Music Festival 2012.

Gianni Morandi has been honorary president of Bologna Football Club 1909 since 2010.

At the beginning of 2016, Gianni Morandi started a tour called “Capitani Coraggiosi Tour” with Claudio Baglioni. A double album will be published on February 5.