Glenn Hughes – So Mush Love To Give 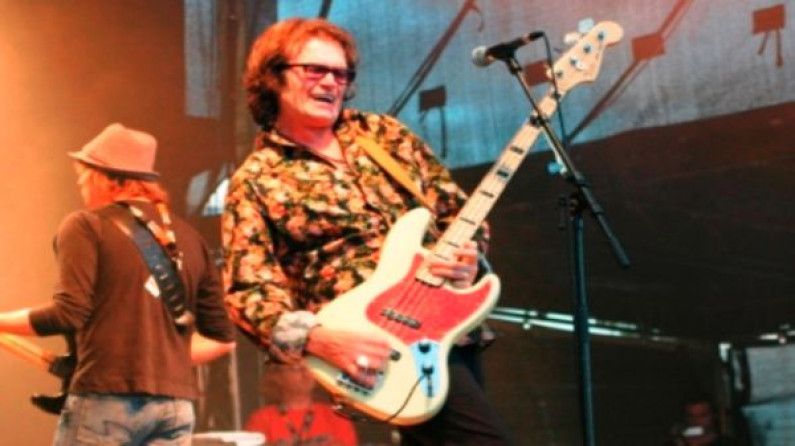 Glenn Hughes – So Mush Love To Give

Glenn Hughes (born 21 August 1951) is an English rock bassist and vocalist, best known for playing bass and performing vocals for rock pioneers Trapeze, the Mk. III and IV line-ups of Deep Purple as well as working with Black Sabbath guitarist Tony Iommi as a solo artist.

In addition to being an active session musician, Hughes also maintains a notable solo career. He fronted the supergroup Black Country Communion from 2009 to 2013 and from late 2013 to early 2015, California Breed. In 2016 he will be inducted into the Rock and Roll Hall of Fame as a member of Deep Purple.

Hughes was born in Cannock. He fronted Finders Keepers in the 1960s as bassist/vocalist, as well as the British funk rock band Trapeze.Hughes was recruited to replace Roger Glover as bassist in Deep Purple in 1973, though he considered himself more a vocalist than a bassist.

He was reportedly uninterested in the Deep Purple job until some of the other members proposed that Paul Rodgers of Free be brought in as co-lead vocalist.

Though the recruitment of Rodgers fell through, Hughes had now become interested in the “two-lead-singer thing”, and David Coverdale was later hired as Deep Purple’s lead vocalist.The two would ultimately share lead vocal duties in the band until their break-up in 1976.

Battling severe cocaine addiction, Hughes embarked on a solo career following his departure from the group, releasing his first solo album in 1977 called Play Me Out.

In 1982, he joined with ex-Pat Travers guitarist Pat Thrall to form Hughes/Thrall, and they released one self-titled album which went virtually unnoticed at the time. Part of the reason for the album’s obscurity was the inability to support it with a proper tour due to both parties suffering from drug addiction. As Hughes stated in a 2007 interview, “The Hughes-Thrall album was a brilliant, brilliant album, but we only did 17 shows because we were too loaded.”