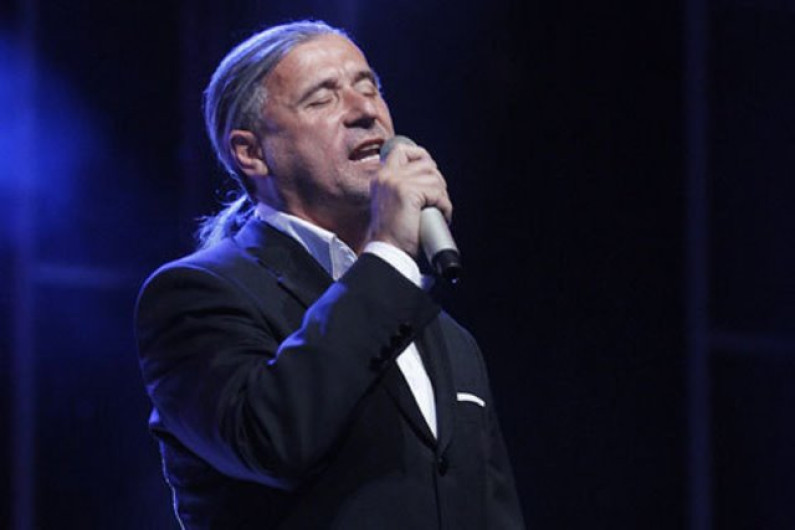 Goran Karan (born 2 April 1964 in Belgrade), is a Croatian singer from Split. He specializes in songs influenced by Dalmatian folk music and is known for his powerful and refined tenor voice. Karan’s collaboration with composer Zdenko Runjic led to some of his finest work, which won him several awards.

Karan was the lead singer of Croatian rock group Big Blue, before becoming a solo artist in 1997.

In 2005 he was one of the judges in Hrvatski idol, Croatian version of Pop Idol. Karan’s song “Ruzo moja bila” won the 2005 Split Festival song competition, as well as 2005 Suncane skale festival in Herceg Novi.

In summer 2007, deeply moved by the Kornati fire tragedy, in which 13 volunteer firemen perished, composed in the spur of the moment the song “Ovo nije kraj” (“This Is Not the End”), gathered under the name Split Star a group of famous singers (Oliver Dragojevic, Marko Perkovic Thompson, Tedi Spalato, Drazen Zecic, Giuliano, Alen Nizetic, Hari Roncevic) from the Split area, that performed it with him in a music video, all of this in less than fifteen days.