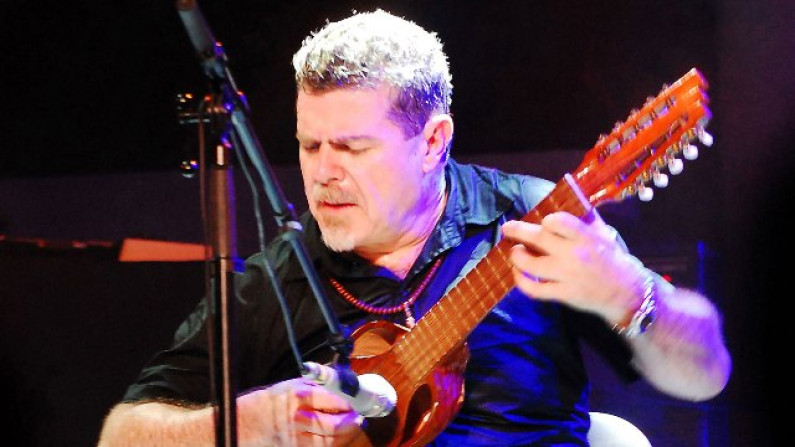 Gustavo Alfredo Santaolalla (born 19 August 1951) is an Argentine musician, film composer and producer. He has won two Academy Awards for Best Original Score in two consecutive years, for Brokeback Mountain in 2005, and Babel in 2006. Most recently, he composed the music for the video game The Last of Us.

Santaolalla was born in El Palomar, Argentina and grew up during the military junta and period later known as the Dirty War.
His professional music career began in 1967, when he co-founded the group Arco Iris, an Argentine band that pioneered the fusion of rock and Latin American folk as part of ‘rock nacional’.

The band adopted the lifestyle of a yogic commune guided by former model Danais Wynnycka (known as Dana) and her partner, musician Ara Tokatlian.

The band had a few hits, such as Mañanas Campestres (“Country Mornings”), and made inroads into different forms of expression (notably a ballet piece for Oscar Aráiz), but Santaolalla felt constricted by the strict requirements of Dana’s teachings, which prohibited meat, alcohol and drugs. He left the group in 1975.