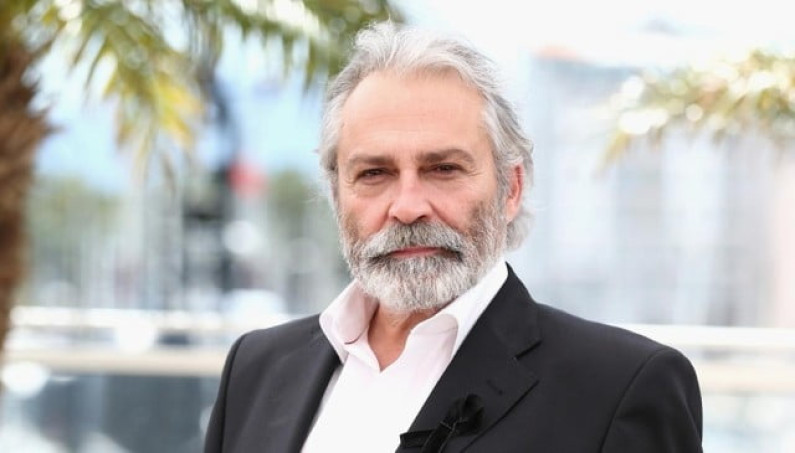 Haluk Bilginer (born 5 June 1954) is a Turkish actor. In addition to his acting career in Turkey, he has also worked in the United Kingdom and remains best known for his role as Mehmet Osman in the television soap opera EastEnders during the 1980s.

He has also starred in Hollywood movies as a minor actor. He played a villainous guerrilla leader in the 1987 comedy film Ishtar (one of the most notorious flops in movie history) and a Turkish Mafioso in the 2001 dark comedy film Buffalo Soldiers.
Bilginer was born in İzmir, Turkey.

He started his career after graduating from London Academy of Music and Dramatic Art. He landed his first role at EastEnders. During the course of the show, he came to Turkey to star in the 1987 TV series Gecenin Öteki Yüzü (The Other Side of the Night), where he met his eventual first wife Zuhal Olcay, famous Turkish actress and singer.

After dividing his time in London and Istanbul for six years, he left the show to stay in Turkey permanently and married Zuhal Olcay in 1992.

He guest starred in an episode of Young Indiana Jones as Ismet Inönü, and went on to star in the Yavuz Özkan film “İki Kadın” (Two Women).

He then starred in various movies including the controversial Istanbul Kanatlarımın Altında (Istanbul Under My Wings) and the famous Usta Beni Öldürsene (Master, Kill Me). After critical acclaim for these roles, he earned his first award as a supporting actor in Masumiyet (Innocence).