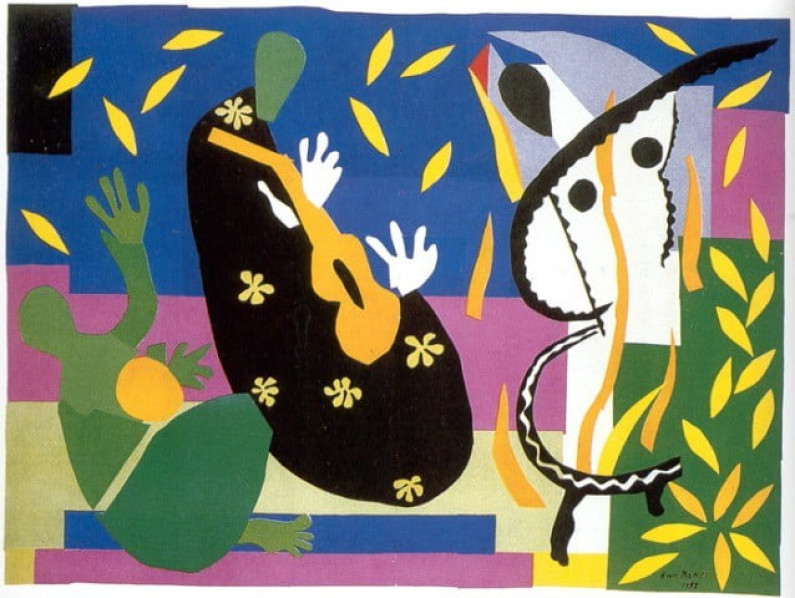 Henri Matisse is widely regarded as the greatest colorist of the twentieth century and as a rival to Pablo Picasso in the importance of his innovations.

He emerged as a Post-Impressionist, and first achieved prominence as the leader of the French movement Fauvism. Although interested in Cubism, he rejected it, and instead sought to use color as the foundation for expressive, decorative, and often monumental paintings.

As he once controversially wrote, he sought to create an art that would be “a soothing, calming influence on the mind, rather like a good armchair.”

Still life and the nude remained favorite subjects throughout his career; North Africa was also an important inspiration, and, towards the end of his life, he made an important contribution to collage with a series of works using cut-out shapes of color. He is also highly regarded as a sculptor.

Matisse used pure colors and the white of exposed canvas to create a light-filled atmosphere in his Fauve paintings. Rather than using modeling or shading to lend volume and structure to his pictures, Matisse used contrasting areas of pure, unmodulated color. These ideas continued to be important to him throughout his career.