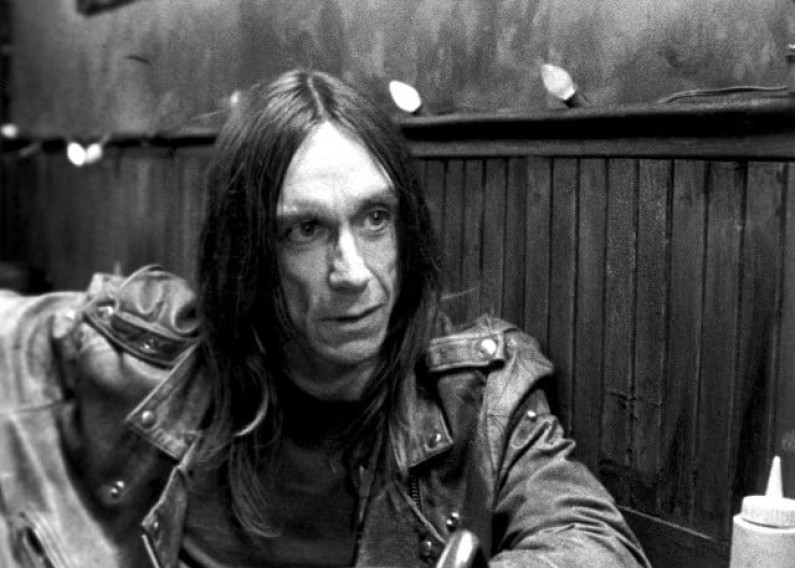 Iggy Pop (born James Newell Osterberg, Jr.; April 21, 1947) is an American singer-songwriter, musician and actor. He is vocalist of influential proto-punk band The Stooges, who reunited in 2003, and has been known for his outrageous and unpredictable stage antics.

Pop’s music has encompassed a number of styles over the course of his career, including garage rock, hard rock, new wave, jazz, art rock and blues. Though his popularity has fluctuated through the years, many of Pop’s songs have become well-known, including “Lust for Life”, “The Passenger”, “Real Wild Child”, “Candy” (a duet with Kate Pierson of The B-52’s), “China Girl”, “Nightclubbing”, “Search and Destroy” and “I Wanna Be Your Dog”.

In 2010, The Stooges were inducted into the Rock and Roll Hall of Fame.

Osterberg was raised in a trailer park in Ypsilanti, Michigan. He is of English and Irish descent on his father’s side, and of Norwegian and Danish ancestry on his mother’s. His father was adopted by a Swedish American family and took on their surname (Österberg). In a 2007 Rolling Stone Magazine interview, Pop explains his relationship with his parents and their contribution to his music:

Once I hit junior high in Ann Arbor, I began going to school with the son of the president of Ford Motor Company, with kids of wealth and distinction. But I had a wealth that beat them all. I had the tremendous investment my parents made in me.

I got a lot of care. They helped me explore anything I was interested in. This culminated in their evacuation from the master bedroom in the trailer, because that was the only room big enough for my drum kit. They gave me their bedroom.

Osterberg began his music career as a drummer in various high school bands in Ann Arbor, Michigan, including the Iguanas, who cut several records such as Bo Diddley’s “Mona” in 1965. His later stage name, Iggy, is derived from the Iguanas.

After exploring local blues-style bands such as the Prime Movers (with brothers Dan and Michael Erlewine), he eventually dropped out of the University of Michigan and moved to Chicago to learn more about blues. While in Chicago, he played drums in blues clubs, helped by Sam Lay (formerly of the Paul Butterfield Blues Band) who shared his connections with Iggy.

Inspired by Chicago blues as well as bands like The Sonics, MC5 and The Doors, he formed the Psychedelic Stooges and began calling himself Iggy. The band was composed of Iggy on vocals, Ron Asheton on guitar, Asheton’s brother Scott on drums, and Dave Alexander on bass.