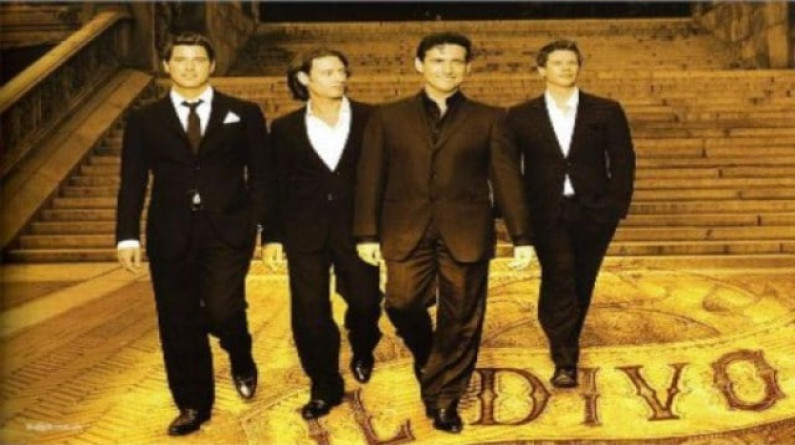 Il Divo is a multinational classical crossover group. Recognized as commercially successful and critically acclaimed, which has developed the successful combination of virtuosity and popularity. The group originated in UK in December 2003, and is a vocal quartet comprised of four male singers; Swiss Urs Buhler, Spanish Carlos Marin, American David Miller, and French Sébastien Izambard.

Two other albums An Evening with Il Divo: Live in Barcelona (2009) and Live in Japan (2014) are live recordings of concerts. Additionally, they have collaborated with other artistes as guest performers.

Since its inception Il Divo has enjoyed success worldwide, selling to date of 2015, over 30 million copies worldwide discs. With 160 certified gold and platinum hits in 35 different countries, it pioneered the genre of operatic pop, or “popera”, in classical crossover music.

In recognition of its success, Il Divo was named “Artist of the Decade” at the 2011 Classic Brit Awards and among others, the Silver Clef Award from the hand of Nordoff Robbins in 2015.

Il Divo, turned into an international reference group, after reaching being the first classical crossover group in history to reach the summit of the Billboard 200 US list in 2005, in addition to position itself in the top spot of the Adult Contemporary list.

With the album The Promise in 2008, they broke the American record sales in the first week of publication. With the first four discs, they achieved 50 top positions in the album charts in America, Europe, Canada and America. It is also one of the biggest selling artists who have sung in Spanish.