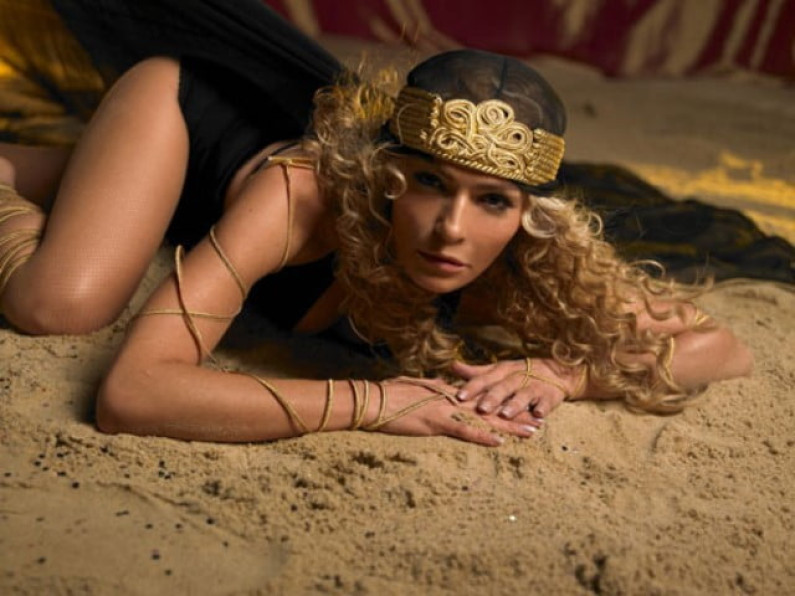 Ishtar (born Esther (Eti) Zach, on 10 November 1968) is an Israeli pop singer who performs in Arabic, Hebrew, Bulgarian, French, Spanish, Russian and English. She is best known for her work as the front vocalist of the French-based band Alabina, and her solo pop hits such as C’est La Vie, Last Kiss, and Habibi (Sawah).

Eti Zach was born on 10 November 1968 in Kiryat Atta, near Haifa and was raised in Israel. She was born to an Egyptian-Jewish mother and a Moroccan-Jewish father, both of Sephardi-Mizrahi heritage, who had immigrated to Israel earlier.

She sings in Arabic, Hebrew, French, Spanish, Bulgarian, Russian, and English. In addition, she says she “half-speaks Moroccan Arabic”.

Ishtar began performing in clubs at age 14 and continued even while enrolled in the IDF. Though she was born Eti Zach, she chose the name ‘Ishtar’, a Mesopotamian Goddess, because her grandmother called her Ester, which “with her Egyptian accent it sounded like Ishtar”, she said.

It was around this time a friend asked her to join her in France. She soon fell in love with the country and decided to make it her home.

Once she moved to France, Ishtar began working as a backup vocalist for several flamenco type acts. It was here she was discovered by Charles Ibgui who, enamored with her voice, introduced her to Los Niños de Sara.

She joined the group as a lead vocalist and together they performed under the name Alabina.

Alabina soon became a worldwide success charting in the top 10 and top 40 several times in the US alone.