Jaco Pastorius – (Used To Be A) Cha Cha 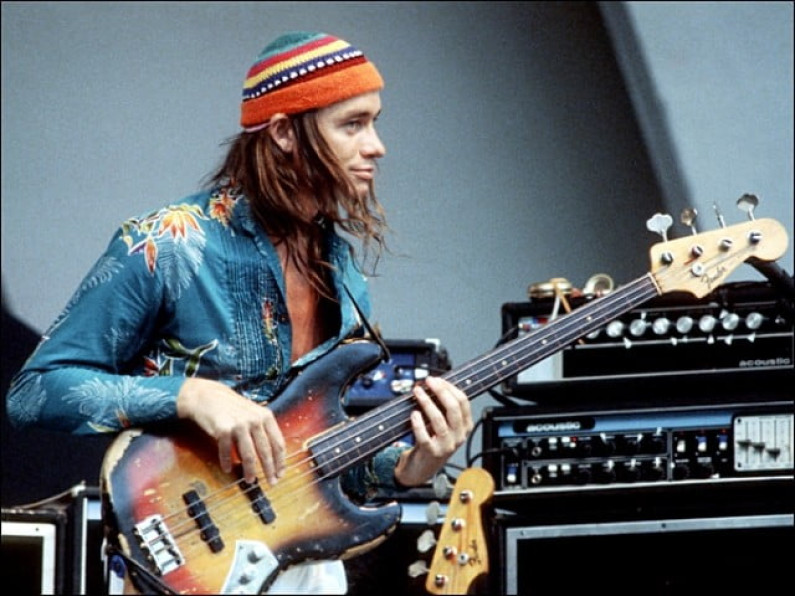 Jaco Pastorius – (Used To Be A) Cha Cha

John Francis Anthony Pastorius III (December 1, 1951 – September 21, 1987), known as Jaco Pastorius, was an influential American jazz musician, composer, big band leader and electric bass player. He is best known for his work with Weather Report from 1976 to 1981, as well as work with artists including Joni Mitchell, Pat Metheny, and his own solo projects.

As a musician, he developed a highly influential approach to bass playing that combined a deep understanding of advanced harmony with ferocious technical prowess.

His signature approach infused Latin-influenced 16th-note funk, lyrical soloing on fretless bass, bass chords and innovative use of harmonics. He was inducted into the Down Beat Jazz Hall of Fame in 1988, one of only seven bassists so honored (and the only electric bass guitarist).

Pastorius was born December 1, 1951, in Norristown, Pennsylvania, to Jack Pastorius (big band singer and drummer) and Stephanie Katherine Haapala Pastorius the first of their three children. Jaco Pastorius was of Finnish, Sami, German, Swedish and Irish ancestry. He was a descendant of Francis Daniel Pastorius.

Shortly after his birth, his family moved to Oakland Park, Florida, (near Fort Lauderdale). Pastorius went to elementary and middle school at St. Clement’s Catholic School in Wilton Manors, and he was an altar boy at the adjoining church.

Pastorius formed his first band named the Sonics (not the Seattle-based band of the same name), along with John Caputo and Dean Noel. He went to high school at Northeast High in Oakland Park, Florida.

He was a talented athlete with skills in football, basketball, and baseball, and he picked up music at an early age. He took the name “Anthony” at his confirmation.

He loved baseball and often watched it with his father. Pastorius’ nickname was influenced by his love of sports and also by the umpire Jocko Conlan. He changed the spelling from “Jocko” to “Jaco” after the pianist Alex Darqui sent him a note.