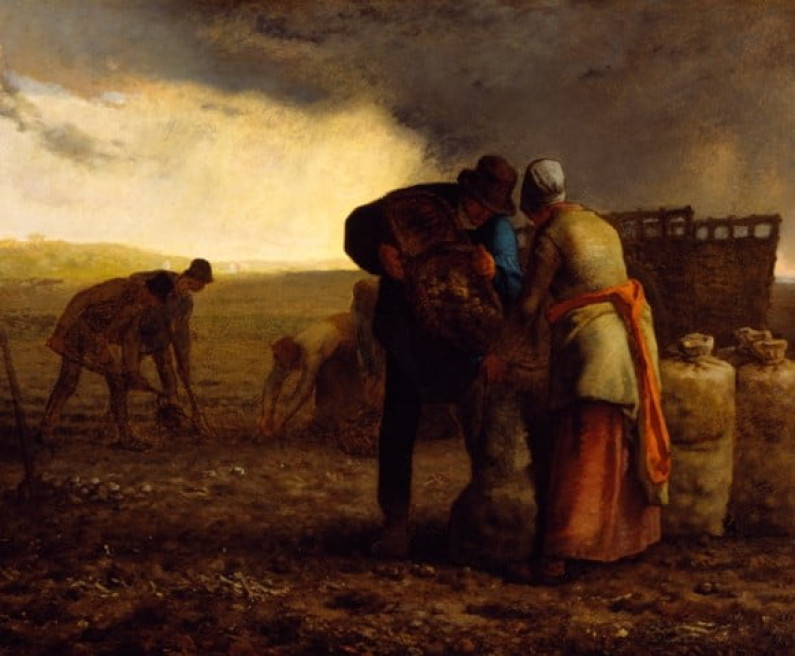 Born in Normandy, France in 1814, Jean-Francois Millet was a French painter well known for his paintings of peasants and rural life. His first successful piece was The Milkmaid (1840), and his most popular painting became Angelus (1859).

Because of his focus on the labors of rustic living, he was accused of being a socialist. He is linked with the Barbizon school. Jean-Francois Millet was a French painter who is well known for his paintings of peasants and the labors of rural life.

Jean-Francois Millet was moved by social injustice to paint peasants and agricultural laborers, capturing both the poverty and dignity of rural French life. “The human side of art is what touches me most,” he once said.

Though the artist was considered a socialist revolutionary by much of the establishment, Millet’s painting The Winnower (1848), praised by one critic as possessing “everything it takes to horrify the bourgeois,” sold at the Paris Salon in 1848.

In 1849, Millet moved to Barbizon, where he painted many of his most famous works, and, with Théodore Rousseau, Jean-Baptiste Camille Corot, and others, founded the Barbizon School of landscape painters.

In one of his most famous works, The Gleaners (1857), women and children bathed in Millet’s characteristic soft, golden light (meant to convey the sanctity of their relationship to the land) collect grain from the fields after harvest.